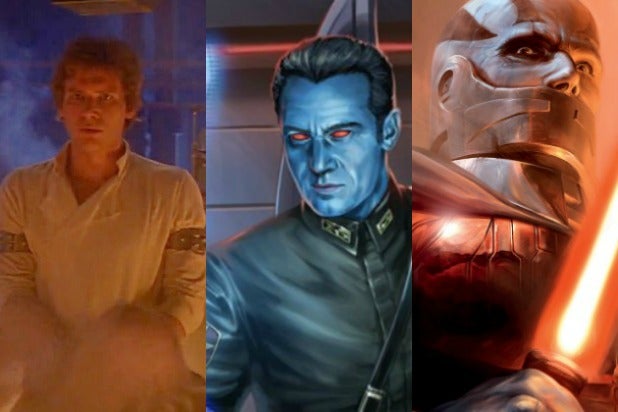 With 40 years of movies, TV shows, comics, video games, novels and reference books, you'd be hard-pressed to ever run out of stories to read about the "Star Wars" universe, past and present. It's a big universe out there, and every story told in it is connected to all the others. Big stories are told as many different smaller ones, and small stories are told as chunks of a bigger picture.  These are the best chunks, big or small, in the history of the "Star Wars" universe. 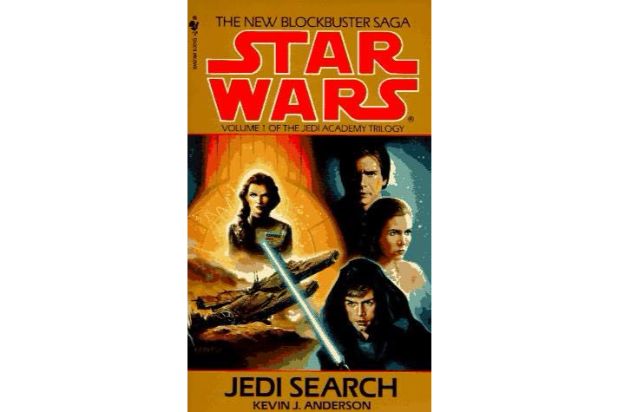 15. The Rise of Admiral Daala in the "Jedi Academy Trilogy" After "Return of the Jedi" in the version of the "Star Wars" continuity before Disney bought Lucasfilm, the Empire fractured into a bunch of splinter governments led by self-proclaimed rulers who would make up new titles for themselves like "high admiral" or "warlord" while still maintaining the pretense of Imperial legitimacy. Daala (a woman!) decided to try to bring it back together, and eventually was able to do so -- for a short time at least. Her brilliant machinations were a compelling as hell tale, and one of author Kevin J Anderson's only good contributions to "Star Wars" lore. 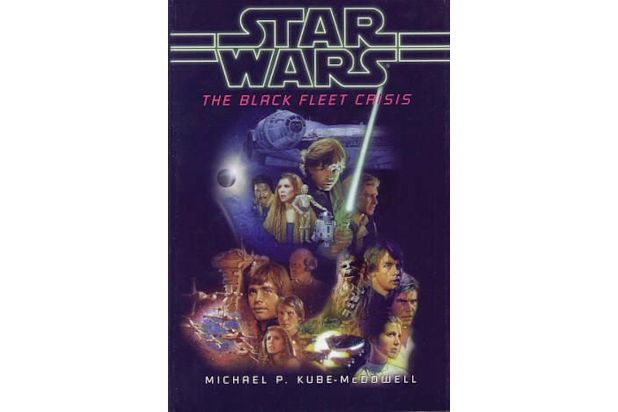 14. The Black Fleet Crisis This is not referring to the "Black Fleet Crisis Trilogy" as a whole, since two of the three main narrative arcs in those books are unrelated to the event in "Star Wars" lore known as the Black Fleet Crisis. The Crisis is great because it's the sort of cool scifi story that checks a lot of boxes simultaneously. In particular: unknowable alien force you've never heard of, weird galactic political intrigue with lots of backstabs from said alien force, and a grand mystery regarding how those aliens came to power in the first place. It's a really interesting scenario. 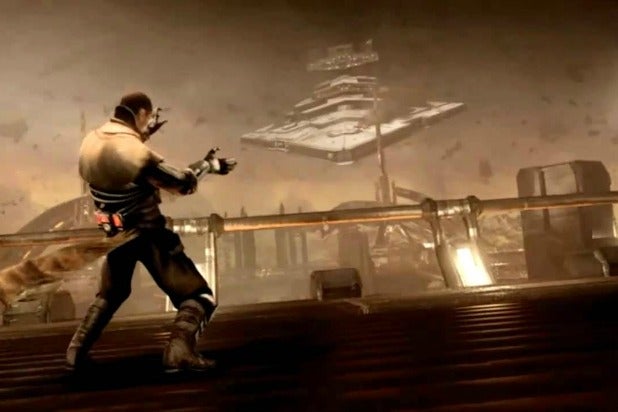 13. Darth Vader's Secret Apprentice The "Star Wars" universe is full of stories about good apprentices going bad and wreaking havoc on the good guys, but we've very rarely gotten the inverse. That made "The Force Unleashed" a really novel experience. You play as Darth Vader's secret apprentice in the years between the original and prequel trilogies. You're a dark side force user and soldier for the Empire who goes rogue in a really epic way. 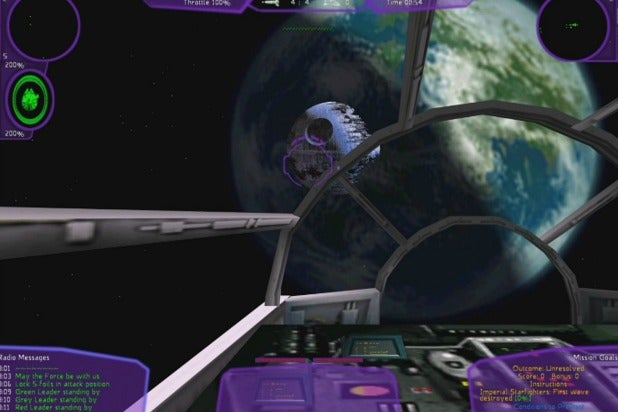 12. "X-Wing Alliance" You're Ace, and you work for your family shipping company. You fly a freighter doing pretty boring things, until your dad's sympathies for the Rebel Alliance come back to bite the whole family in the ass.  You know how this goes: the Empire brings the hammer down, you join the Rebellion as a fighter pilot. But maybe the entire family isn't on board with facing down the Empire. This is the only "Star Wars" space combat simulator that gives you a personal story, and it turned out to be a great idea. 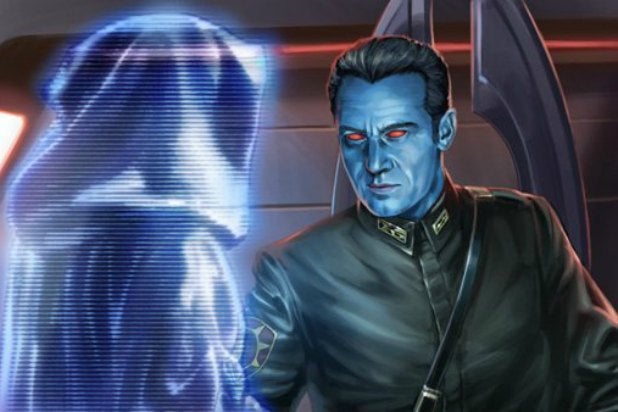 11. Admiral Thrawn Not specifically thinking of Timothy Zahn's Thrawn trilogy here, but the story of Thrawn's life as a whole and his lasting legacy in the Expanded Universe. This guy was such a genius that even a decade after his death the plans he'd laid out were threatening to tear apart the fledgling New Republic. His fingerprints are everywhere. 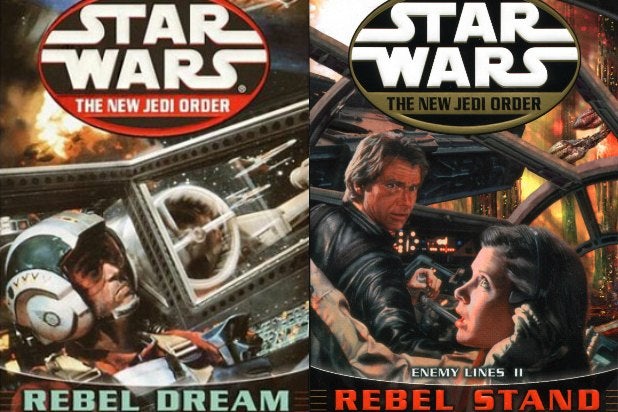 10. The Battle of Borleaias Late in the "New Jedi Order," famed Rebel hero Wedge Antilles is charged with holding the planet Borleias from the Yuuzhan Vong, and it's one hell of a thing. Massively outgunned, Wedge pulls a whole lot of seat-of-your-pants gambits out of his ass -- and this pair of books, authored by the late fan favorite Aaron Allston, is full of great and witty dialogue of the sort you just never got from other "Star Wars" authors. 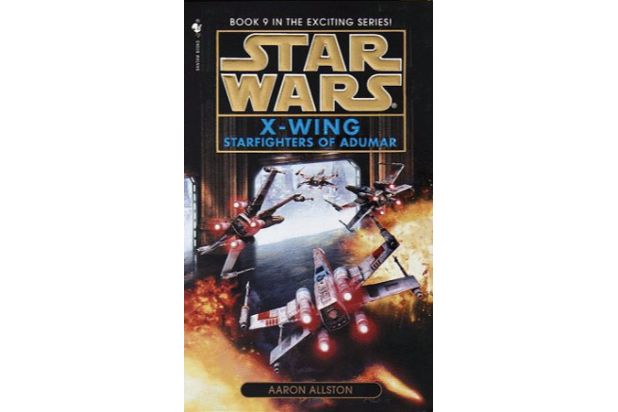 9. Wedge and Friends Go to Adumar As the war against the Empire winds down, Rebel hero Wedge Antilles and pals Tycho, Hobbie and Janso, are sent as diplomats to a newly discovered planet full of people who pretty don't give a shit about anyone who isn't a fighter pilot. If that sounds like a sitcom scenario, that's because it basically is. And it's great,  incessantly funny and very awkward -- a great little side story that's as witty as they get in this universe. 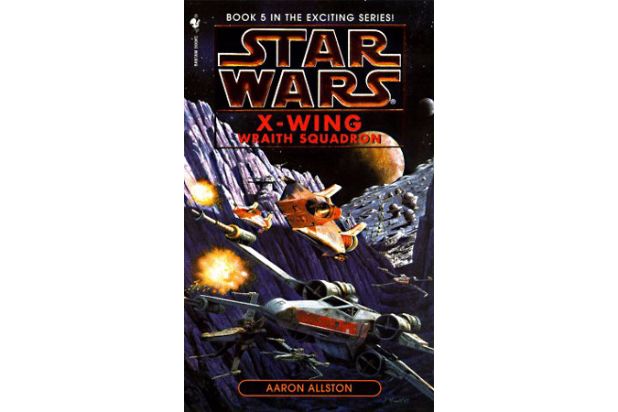 8. Wraith Squadron The story of the Wraiths, told over three books, is unique among "Star Wars" stories in a lot of ways. It follows famed Rebel pilot Wedge Antilles as he assembles a hybrid starfighter/footsoldier squadron of emotionally unstable washouts -- the idea being that such a group, when given some operational leeway, might approach apparently normal war scenarios in really unpredictable ways, and that's exactly what happens. It's the most human of all the "Star Wars" stories, full of truth. 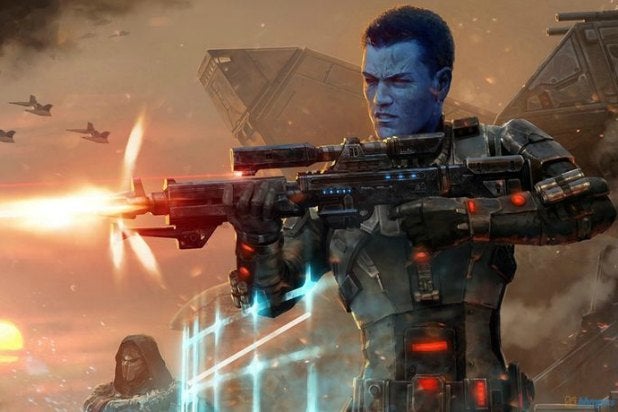 7. The Tale of the Imperial Agent in "The Old Republic" Many of the most interesting "Star Wars" stories are those that focus on characters who can't use the Force, and this is one of those. You play as a spy for the Sith Empire (thousands of years before the movies), doing awesome wartime spy stuff. And you get caught up in a galactic conspiracy to destroy both the Republic and Empire -- by a secret society tired of Force-using factions starting all these galaxy-spanning wars. It's a compelling-as-hell hook. 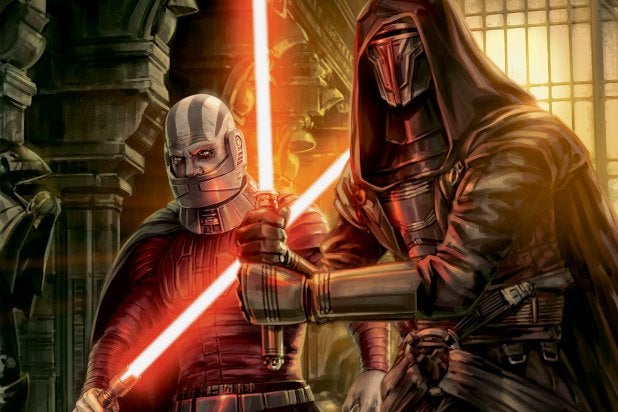 6. The Rise and Fall and Rise of Revan Thousands of years before the movies, Revan was a Jedi who led the Republic military against invading Mandalorians -- only to turn to the dark side and wage his own war on the Republic, before turning away from the dark and defeating his own armies. That's the very short, very incomplete version. The story of Revan is thoroughly fascinating and ends up lasting hundreds of years across two video games ("Knights of the Old Republic) and a pile of books and comics. 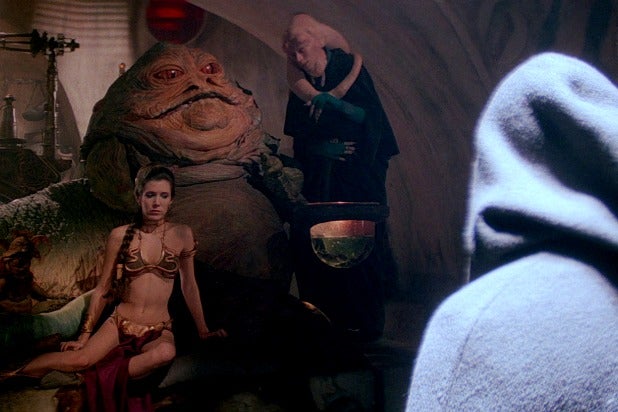 5. The Jabba's Palace Heist in "Return of the Jedi" It's become clear in the last few years that a lot of folks never really got what Luke, Leia, Lando and Chewie were doing during the first portion of "Return of the Jedi" -- and now we have all these thinkpieces about how it was reckless and haphazard. But no, that shit was an impeccable heist. They had a plan, and they pulled it off flawlessly and in style. 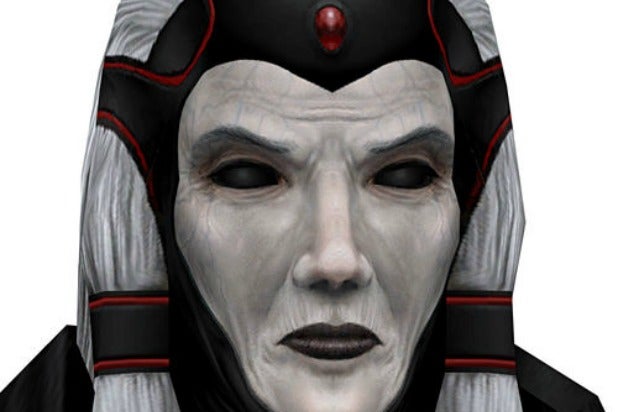 4. The Dark Wars This story was told in the video game "Knights of the Old Republic 2: The Sith Lords" -- a former Jedi who was exiled from the Order returns to known space only to find the Jedi gone from civilization and a pair of mysterious Sith lords wreaking havoc all over. It's a rare "Star Wars" noir story, and it's quite a doozy. 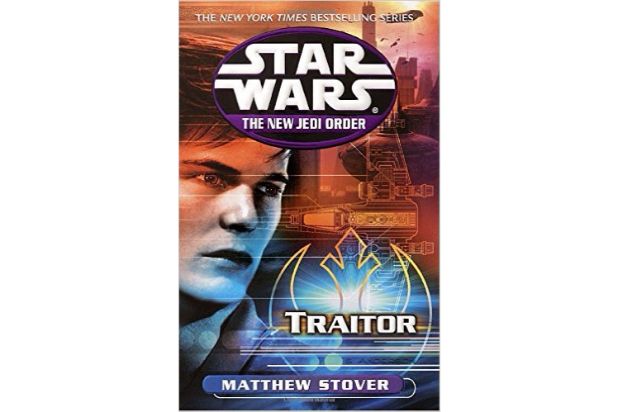 3. "Traitor" In the '90s the "Star Wars" Expanded Universe got really moralistic and stuffy, and "Traitor" was a total refutation of that approach. It's the darkest "Star Wars" story ever written, but it serves a positive agenda in the end: one that asserts that maybe the Force isn't black and white and the Jedi don't need to stand around wondering about the moral implications of every little thing they do. It was a really great change for storytelling in the EU, and it's nice that it appears "The Last Jedi" might take a similar patch. 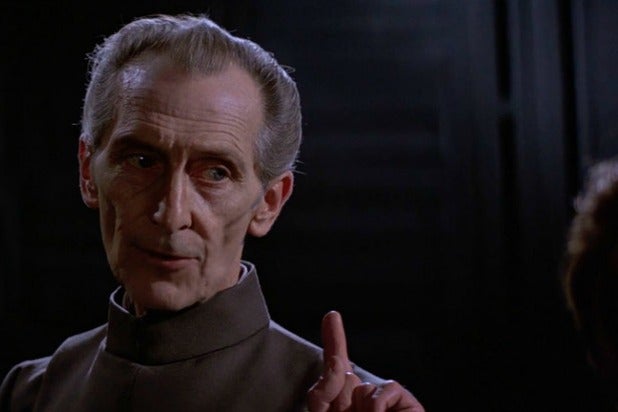 2. "Star Wars" The one that started it all is a silly, not-particularly-well-thought-out movie, but it's tight as hell and covers all the ground it needs to. It establishes a completely new universe so casually, making it feel from the very beginning that this is a real, lived-in place. Everything you need to know about what's going on is right there. 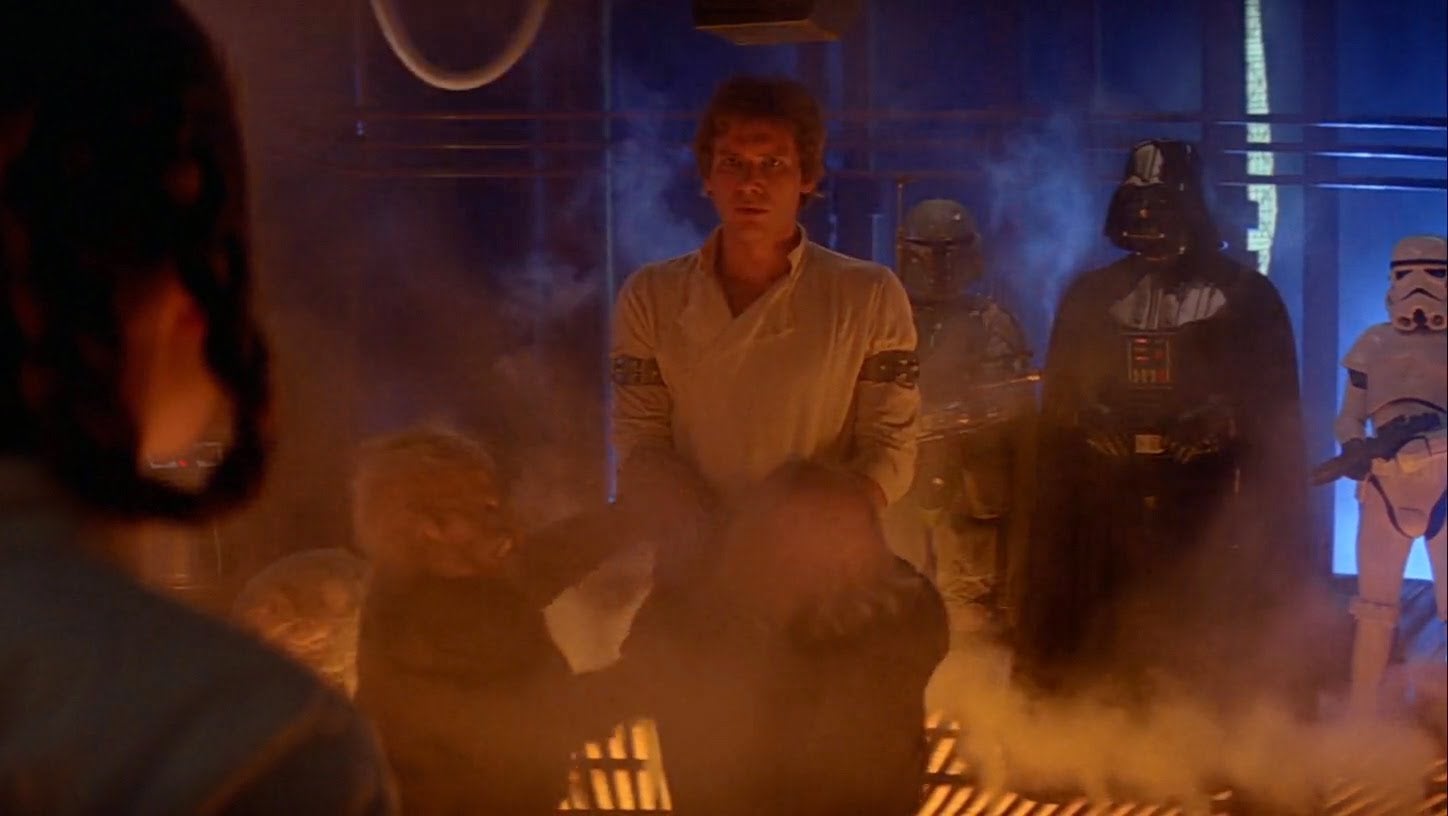 1. "The Empire Strikes Back" The lesson J.J. Abrams and friends should have learned from "The Empire Strikes Back" widely considered the best "Star Wars" movie, is that you don't make a"Star Wars" movie that stands the test of time by aping previous ones -- you have to go somewhere new. "Empire" functions as a total counter to the first movie, and that's why it's a perfect sequel.
x
Looks like you're enjoying reading