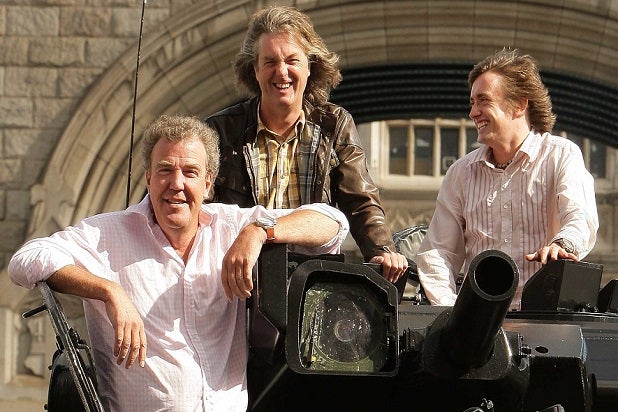 “Police in Westminster are investigating an allegation of threats to kill,” Metropolitan Police told CNN in a statement Sunday.

The threats against Hall started shorty after he made the decision to drop Clarkson from “Top Gear,” one of the most popular television shows in the world.

On Wednesday, The BBC announced that it wouldn’t be renewing Clarkson’s contract following an investigation into his “fracas” with producer Oison Tymon.

“It is with great regret that I have told Jeremy Clarkson today that the BBC will not be renewing his contract,” Hall said in a statement Wednesday.

A short time later, the first threat was reported. “The threat was made by email,” police said. “The content of the message suggests (it was sent) from outside the UK.”

According to an internal BBC investigation, Clarkson got into a physical and verbal altercation with show producer Tymon on March 4.

The outburst occurred when Clarkson, 54, demanded steak and fries after a day of filming, but was told that the hotel in North Yorkshire, England, where the crew was staying, was no longer serving hot food.

The controversial host had already received a “final warning” from the BBC for using a racist slur during filming last year.

Since the series launched in the U.K. in 2002, “Top Gear” has grown from a straightforward show about cars into a global hit watched by 350 million viewers in 170 countries.