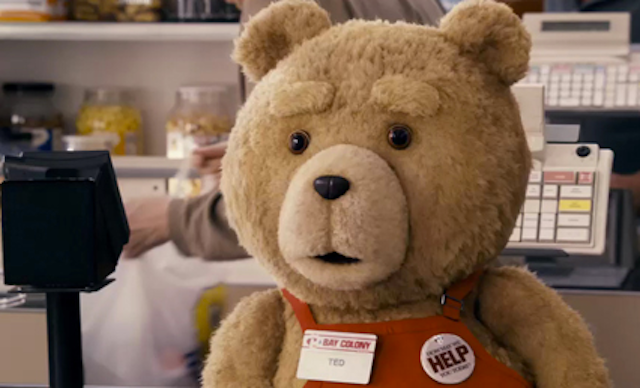 Award-winning visual effects company Tippett Studio has laid off 50 employees in the latest blow to the embattled industry, and its chief Jules Roman wants California to step in and stop the bleeding.

Layoffs are not new at the company, which has been around for 30 years and contributed to blockbuster films like “RoboCop,” “Jurassic Park” and “Ted.” Many visual effects houses cut staff between big jobs.

Yet Roman says the financial problems afflicting her industry are “particularly bad now,” and argued it’s time for some outside assistance to keep jobs in the state.

“The bigger question is why the hell doesn’t California do something instead of letting it all go away?," Roman told TheWrap. “There so many territories with interventionist economic policies that it makes us feel we are really being preyed upon."

Roman said that the average person's kneejerk reaction would be to oppose helping Hollywood financially given that executives, agents and actors are earnings millions. However, those people are "above the line" and visual effects workers “are people way way below the line."

"We haven’t made that point very well," she acknowledged.

She dubbed the latest cuts, which reduce her staff of around 140 by almost 40 percent, a “hibernation” until another big job comes along. The company is just concluding work on “After Earth,” the futuristic M. Night Shamylan movie starring Will Smith and his son Jaden. They only have small jobs on the books for now.

“There is a fallow time coming up,” Roman said. “We have a lot of bids out but nothing landed. We’re looking at doing other things, internet content.”

She called staff cuts “the prudent thing" and something the company has done before, but there’s no doubt layoffs seems worse now because the subject is on everyone’s radar.

Asylum Visual Effects, CafeFX and Illusion Effects were forced to shut their doors while Digital Domain filed for bankruptcy and was acquired by Galloping Horse America and Reliance Mediaworks for $30.2 million last September.

In February, the Visual Effects Society, an honorary society with some 3,000 members, called on state leaders to pass new tax incentives designed to keep more effects work in Hollywood. The group argues that California film subsidies, which began in 2009, are insufficient, and that until they are more generous, effects work will continue to migrate to places like Canada and the United Kingdom that offer more comprehensive packages for studios.

“Everybody is very concerned, from the big companies to the small ones,” Roman said. “People actually like living in California and don’t want to uproot and pay 50 percent income tax to British Columbia so they can take that money and give it back to the big six [studios].”

Tax incentives are not the only issue undermining the visual-effects industry in California. Workers within the industry also decry a fixed bid process that heightens competition and shrinks profit margins. Some companies, such as Digital Domain, are trying to change the way that they are compensated for their work, so they receive back-end deals that would allow them to participate in a film's success.

Roman would be happy to receive money based on profits, but not if it means taking less money upfront.

“We’re never going to work in lieu of payment,” she said. “We always have to cover costs. How stupid would it be to borrow to work on a film in case you get back-end? The mystery is how you keep going when you have interruptions in the pipeline and it gets really nuts.”