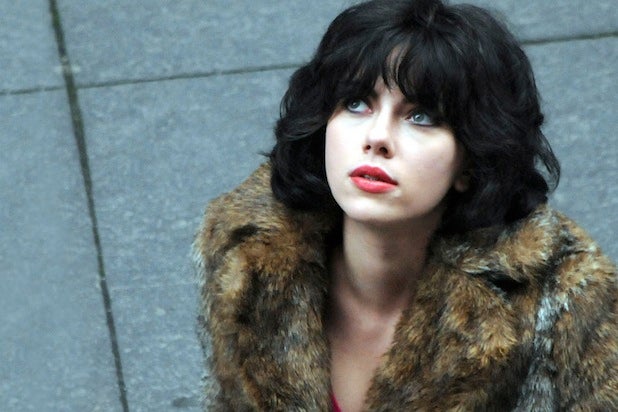 UPDATE: Sources close to the deal tell TheWrap that the deal has closed.

PREVIOUS: A24 is nearing a deal for its second high-profile Toronto Film Fest pickup, this time Scarlett Johansson‘s sci-fi hitchhiker thriller “Under the Skin,” a person with knowledge of the deal told TheWrap.

Jonathan Glazer (“Sexy Beast”) directed the movie that was a decade in the making. Johansson plays an alien living among humans who preys on men in the Scottish Highlands, where the film was shot.

Since arriving with no fanfare or even an announcement at the 2012 Toronto Film Fest — where they picked up “Ginger & Rosa” — the Guggenheim-backed A24 has become a player on the indie pickup scene. Mixing it up with bigger fish, they’ve lost their share of bidding wars, but came out of Park City this January with “The Spectacular Now,” which many considered the best of the fest and is nearing $5 million in limited domestic release.

A24 has also had moderate success releasing buzzy acquisitions like “Spring Breakers” ($14 million domestic) and “The Bling Ring” ($5.8 million), which has given them cash to spend. Over the weekend, A24 acquired the Tom Hardy thriller “Locke” for a reported $1.25 million.

CAA and WME co-repped “Under the Skin,” which made its Toronto debut Monday night.