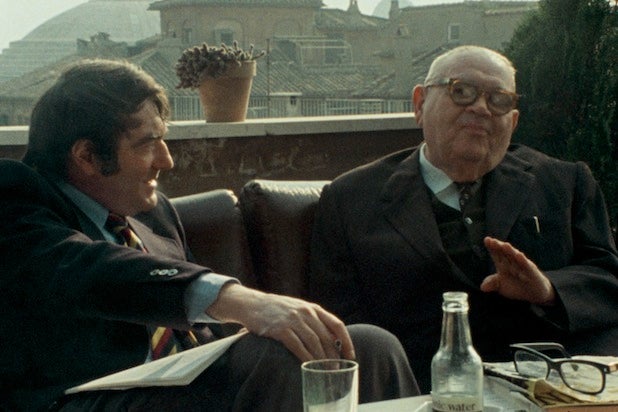 Cohen Media Group has made its second Toronto 2013 pickup, nabbing North American rights to Holocaust documentary “The Last of the Unjust” with an Oscar-qualifying run planned for this year followed by a 2014 theatrical release.

Claude Lanzmann (“Shoah”) tells the story of a little-known concentration camp in Eastern Europe that was a stopoff for larger death camps like Auschwitz — and the daily negotiations between the local president of the Jewish Council and a Nazi official.

Toronto: A24 Acquiring Scarlett Johansson Sci-Fi Thriller ‘Under the Skin’

Last week, the New York-based specialty distributor acquired North American rights to the film adaptation of Israel Horovitz’s stage dramedy “My Old Lady,” and announced that Kristin Scott Thomas was joining the movie about a man who goes to Paris to sell the apartment he inherited — only to discover an old woman living there.