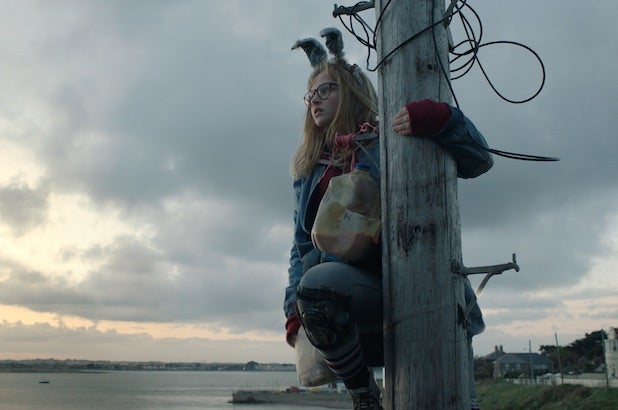 The new additions are the last for this year’s festival, which will screen 255 features and 84 shorts, a deliberate cut of about 20 percent over last year’s figures. The films were selected from among 7,299 submissions and come from 74 different countries. More than half the features, 147, will be world premieres.

Most of the new additions were in the festival’s TIFF Discovery program, which consists of international films from first-time and second-time directors. The section will open with the Argentinian film “Tigre” and close with Rungano Nyoni’s Cannes hit “I Am Not a Witch.”

Discovery will also include Australian director Stephen McCallum’s “1%,” a drama set in the world of motorcycle gangs; Anders Walter’s “I Kill Giants,” an adaptation of the graphic novel by Joe Kelly and Ken Niimura; and two films whose titles play off each other, Huang Hsin-Yao’s “The Great Buddha+” and Ian Lagarde’s “All You Can Eat Buddha.”

Overall, the section will consist of 45 films from 35 different countries, some of them previously announced. This is the largest Discovery section ever in Toronto.

Past directors whose early films had been featured in Discovery include Christopher Nolan (“Dunkirk”), Barry Jenkins (“Moonlight”) and Maren Ade (“Toni Erdmann”).

The festival’s In Conversation With … program, which consists of onstage discussions with celebrated artists, will feature Jolie, who will be at TIFF with her Cambodian-language drama “First They Killed My Father”; Bardem, who stars in the festival films “Loving Pablo” and “Mother!”; Mirren, in Toronto with “The Leisure Seeker”; and Garcia Bernal, who appears at TIFF in “If You Saw His Heart.”

The TIFF Speaker Series will consist of five films, including “The Journey” and “Catch the Wind,” followed by conversations with scholars from Toronto’s Munk School of Global Affairs.

Toronto organizers also announced the films that will be placed in its TIFF Kids and TIFF Next Wave programs. Those films had been announced over the last month, but have now been placed in the Kids and Next Wave sections.

The 2017 Toronto International Film Festival will kick off on Sept. 7 with the world premiere of “Borg/McEnroe” and will close on Sept. 17. The schedule is slated to be announced on Tuesday.

“The Legend of the Ugly King,” Hüseyin Tabak
Followed by a conversation with Robert Austin

“Silas,” Anjali Nayar and Hawa Essuman
Followed by a conversation with Teresa Kramarz