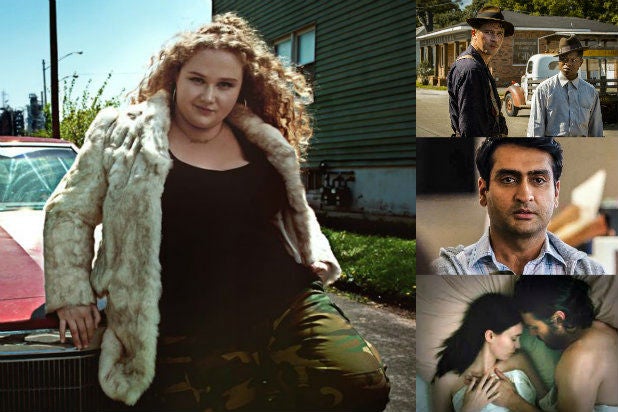 Hollywood begins jetting to Toronto this week for glittery premieres and awards-season jockeying — but the indie film market is under siege with fewer traditional players and the ongoing threat of deep-pocketed streaming giants.

“Audiences are smart, they have content being thrown at them in every direction,” one distribution executive told TheWrap, speaking on the condition of anonymity. “It’s great news for filmmakers, but it’s bad news if you have both a bad movie and bad marketing. A lot of folks are mad and distressed because we can’t fool the customer anymore.”

The wring has been on the wall for the independent film economy since 2015, when Netflix showed up at Sundance and started buying completed features to upload for s subscribers. Amazon followed a year later wh the theater owners in their pocket, promising full theatrical runs to sweeten the pot before they’d let Amazon Prime Video users watch at will.

Amazon, meanwhile, swooped up titles such as “The Big Sick” for $12 million — a success story as approaches $50 million at the domestic box office — as well as the four-hour Grateful Dead documentary “Long Strange Trip” ($6 million) and Jenny Slate’s ’90s comedy “Landline” (mid-seven figures).

That’s raised the overall price of films on the market — and not all of those bets have paid off.

In fact, some of the fallout has been severe: Broad Green Pictures, run by hedge-fund brothers Gabriel and Daniel Hammond, pulled the plug on their 3-year-old production operation in August. Their plan to partner wh the likes of enigmatic filmmaker Terrence Malick for festival tles (“Knight of Cups” and “Song to Song”) then to expand to tentpole films after tle more than a year in existence proved to be too ambious.

“It’s not as devastating as sounds — those companies pop up every couple of years and drive up film prices,” a top indie sales executive said of the company. “But ‘s not healthy for our business at the end of the day, ‘s diminishing.”

Change is also afoot at STXfilms, where Bob Simonds’ would-be mini-major will premiere Aaron Sorkin’s directorial debut “Molly’s Game” in Toronto — a title acquired at the script stage in Cannes two years ago. These days, STX seems to be banking on movie stars and mid-budget fare like Melissa McCarthy’s dark puppet comedy “The Happytime Murders” and Amy Schumer’s “I Feel Pretty.”

Other indie perennials have a lot more on the line: The Weinstein Company has a pricey Oscar campaign to launch for the Thomas Edison vs. George Westinghouse drama “The Current War,” and made such a fumbling mess of recent releases like Alicia Vikander’s “Tulip Fever” that The Atlantic even covered it.

Focus Features will likely have an eye out for potential acquisitions, but the Universal shingle has its own ambitious slate slate of original movies to release. That includes awards hopefuls like “Victoria & Abdul” with Judi Dench and Daniel Day-Lewis’ final acting performance this Christmas in an untitled Paul Thomas Anderson film.

Sony Pictures Classics remains a market stalwart, and could easily come away with titles in addition to its rollout for the awards-bait Armie Hammer drama “Call Me By Your Name.”

There also may be trepidation for a company like Fox Searchlight, which paid a steep $10 million in Sundance for “Patti Cake$” to stave off streaming competors — only to see the feel-good hip hop romp about a whe teenaged girl in New Jersey who wants a rap career gross just $597,000 in limed release.

“What’s interesting is that there was an audience for ‘Patti Cake$,’ but was young and urban,” one sales agent said. “There wasn’t even a social media presence for that project. Think of what would that film have done in the hands of Neon or A24?”

Indeed, 5-year-old upstart A24 trotted out “Moonlight” at TIFF last year and (eventually) won the Best Picture Oscar. has a minimal, too-cool-for-school vibe in both s taste and the way connects to audiences. For the sleepy but well-liked Sundance drama, Casey Affleck and Rooney Mara’s “A Ghost Story,” A24 marketers opened up pop-up boutiques to sell the bed sheets Affleck’s character wore in character as a ghost.

Tim League and Tom Quinn’s Neon, which released its first film last spring, has a similarly sexy brand that keeps sellers believing that streaming is not the Goliath to the limed theatrical David.

Still, both old and new companies in the indie world face challenges pitted against Netflix and Amazon — and their willingness to spend big even without the promise of a payoff at the theatrical box office.

But the streaming giant’s model for features often fails to catch — or hold — public attention. Take this year’s Sundance Grand Jury Prize winner, “I Don’t Feel at Home in This World Anymore,” a quiet crime drama that won raves for star Melanie Lynskey and first-time director Macon Blair. Netflix released the film less than a month after Sundance — and promptly disappeared from consciousness.

Consumers are trained to follow the linear cycle of theatrical release, including plenty of runway for promotion (yes, even for indies, especially those wh big names attached).

“One of the things I think is going to have to happen for those folks to compete is they will need to play to their unique strengths: a theatrical first focus, unique distribution and marketing capabilies and strong talent relationships,” said Matt Thompson, a partner at law firm Sidley Austin who represents indie distributors like Neon.

“They’ve got to get in early wh whoever the producer, director, rights holder is on the film, if at all possible before gets seen by others,” Thompson added.

A veteran distribution exec agreed. “We have to brand our service, make a consumer-facing product and use social media to stay alive,” the exec said. “And the movies have to be better than they use to be.”