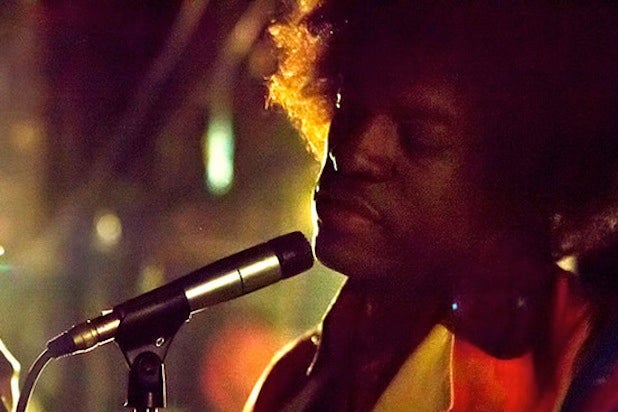 Open Road Films is in final negotiations to partner with XLrator Media for North American rights on writer-director John Ridley‘s Jimi Hendrix movie “All Is By My Side,” an individual familiar with the project has told TheWrap.

Hendrix is played by Andre Benjamin (“Idlewild”) of Outkast fame. He stars alongside Hayley Atwell and Imogen Poots.

“As a life-long Hendrix fan, this film was a revelation — the gem of Toronto. We’re thrilled to partner with Open Road, the best-of-breed studio in the business, in a collaboration that combines the unique skill sets of our two companies,” said XLrator CEO Barry Gordon.

Deal was brokered by Gordon, Ortenberg and Open Road’s Elliott Kleinberg and Ben Cotner with CAA, which has been having one of its strongest festivals in recent memory.

International sales are being handled by Content Media Corporation.