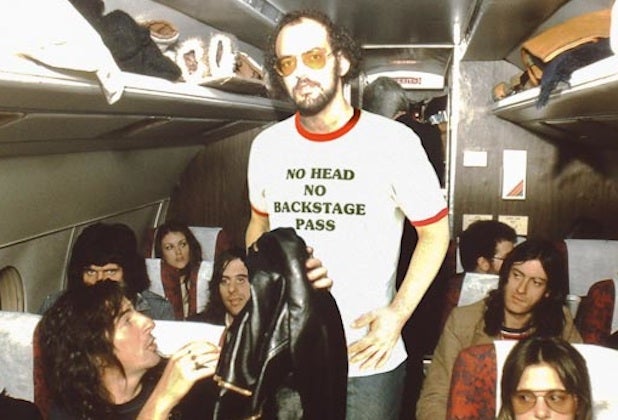 The documentary had its world premiere at the Toronto Film Festival in September; Radius will release the picture in the first quarter of 2014.

The film focuses on real-life music manager Shep Gordon, who Myers haggled with while shooting “Wayne’s World” over the rights to an Alice Cooper song. In addition to managing Cooper’s career, Gordon worked with the likes of as Blondie, Luther Vandross and Raquel Welch. He also numbers the Dalai Lama among his personal friends and claims to have invented the concept of a celebrity chef, so he’s clearly almost as colorful a figure as Austin Powers.

Reviews for the film were strong, although some critics griped that Myers’ enthusiasm for his subject matter made the documentary feel slightly over-stuffed.

“Myers brings energy to his first film the way he brought it to his early comedy – a little too much,” David D’Arcy wrote in IndieWire.

A&E IndieFilms financed and executive produced the film and made the deal with Radius alongside WME Global. Radius already scored with one music-related movie this year, “20 Feet From Stardom,” the documentary about background singers.

“‘Supermensch’ has been on our radar for a long time and we were blown away by it in Toronto,” Radius co-presidents Tom Quinn and Jason Janego said in a statement. “Mike Myers has created something truly special — a film imbued with wit, charm, and heart. You can feel the love he has for his one-of-a-kind subject Shep Gordon, a legendary manager whose professional accomplishments are rivaled only by the magnanimous impact he’s had on the lives of those around him. This film is sure to bring audiences to their feet and inspire the mensch in all of us.”

Myers is represented by WME, Untitled and attorney Bill Jacobson.