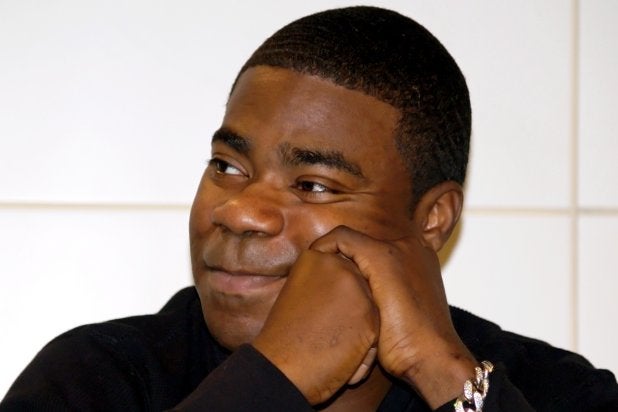 Tracy Morgan has been transferred from the hospital to a rehab center, his rep told TheWrap.

“Tracy has been transferred to an undisclosed rehab center, where he is expected to remain for the next few weeks,” Lewis Kay said. “While he is continuing to show signs of improvement, he still has a long way to go.”

Kay continued: “He and Megan wanted to publicly express their deepest gratitude to everyone at Robert Wood Johnson University Hospital for the unbelievable care and attention they provided him.”

A June 7 crash on the New Jersey Turnpike landed the “30 Rock” actor in critical condition. It also caused the death of comedian James McNair and injury to three others.

The man driving the Walmart truck that rear-ended Morgan’s limo bus, Kevin Roper, has pled not guilty to the charge of death by auto. The National Transportation Safety Board’s investigation revealed that Roper was speeding just before the accident occurred.