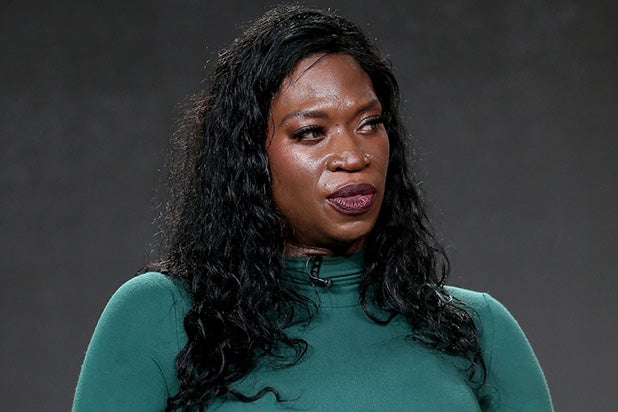 “What I love about this project is that it makes us visible,” Samone-Loreca said at the Television Critics Association press tour on Friday. “That’s something we need more and more of.”

The documentary, hosted and executive produced by Katie Couric, aims to explore how the unique and diverse perspectives on traditional notions of gender are changing rapidly, and why labels are no longer so clear cut.

“Yeah, there are trans folks out there, but there needs to be a lot more,” Samone-Loreca continued, pointing out that transgender people face higher rates of violence, poverty and death, especially trans people of color. “I think if we can make it through the next four years, we just might make it there.”

“I can’t really join into that movement until that movement joins in to help [the trans community],” she said. “This is Jan. 13, and we’ve had three trans women of color that have been killed so far. That’s just starting off the year … As an African American trans woman, there’s no support from the black community. We get very little support from the gay community as it is.”

Couric, who once took harsh criticism for an awkward and invasive interview with transgender model Carmen Carrera and actress Laverne Cox, said that producing “Gender Revolution” helped even helped her to learn more about the issue.

“It made me want to learn more. I think we can’t be afraid to make mistakes on our way to learn more,” she said. “I was really excited to in this very superficial soundbite media culture … to really roll up my sleeves and dive into an issue that people are really confused about.”