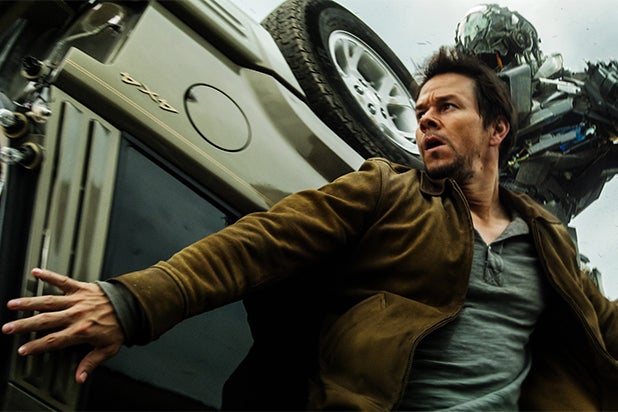 Michael Bay‘s “Transformers: Age of Extinction” may have posted the biggest box-office opening of the year in the United States, but it’s been even bigger in China.

On Wednesday, the Paramount release was up to $134 million in grosses from the People’s Republic, even more than the $120.9 million that it’s brought in domestically since opening Friday.

The fourth entry in the “Transformers” franchise, which stars Mark Wahlberg, opened to $90 million last weekend in China, just $10 million below its $100 million U.S. debut. But its China total has outstripped the domestic number over the last two days, and it is now on track to surpass China’s box-office record of $217 million set by “Avatar.”

That’s saying something, because it’s hardly been a slouch in the U.S. “Age of Extinction” brought in a very strong $10.5 million on Monday and $10.4 million Tuesday.

The order could change after this weekend, when “Transformers 4” is expected to dominate the July 4 weekend box office. Analysts are projecting a five-day total north of $60 million.

From the start, the $200 million “Age of Extinction” was envisioned as a global blockbuster, with a clear intent to score big in the People’s Republic. All told, it’s taken in more than $260 million from foreign markets, and its worldwide total is more than $380 million.

The studio, Di Bonaventura Productions and Hasbro brought on CCTV’s China Movie Channel and Jiaflix Enterprises as co-producers. Chinese star Li Bingbing was cast in a key role and the film was shot in Hong Kong and Shanghai and features national landmarks as the Great Wall and well-known skyscrapers as its backdrops. Director Bay and star Wahlberg spent a lot of time in China before and after the film’s world premiere there.