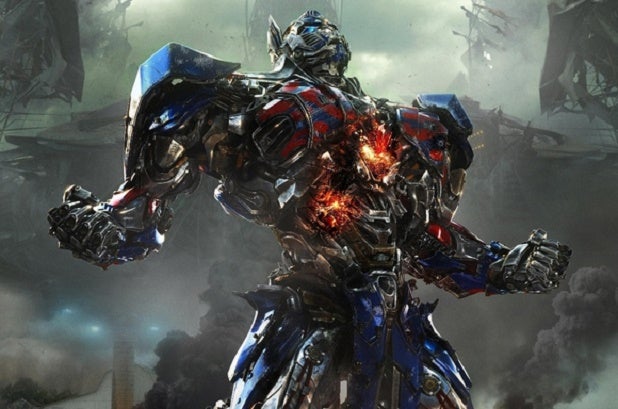 Michael Bay‘s “Transformers: The Age of Extinction” became the first movie of the year to take in more than $1 billion at the worldwide box office, distributor Paramount said Sunday.

The $200 million “Age of Extinction” was made with the global box office, and China in particular, in mind. The strategy has worked, with the fourth entry in the “Transformers” franchise taking in more than $1.005 billion globally to date. The bulk of that has come from overseas, with $763.8 million internationally, and more than $300 million from China alone. Its domestic total is $241.2 million.

This is the second film in the franchise to cross the billion-dollar mark, with “Transformers: Dark of the Moon” also grossing more than $1 billion in 2011.

The studio, Di Bonaventura Productions and Hasbro brought on CCTV’s China Movie Channel and Jiaflix Enterprises as partners. Chinese star Li Bingbing was cast in a key role and the film was shot in Hong Kong and Shanghai and features such national landmarks as the Great Wall and well-known skyscrapers as its backdrops. Director Bay and star Mark Wahlberg made several trips there before and after filming, and “Age of Extinction” had its world premiere there.