Universal Studios Hollywood’s Transformers ride transformed into a bit of a headache on Thursday, as a group of people had to be evacuated from the attraction mid-ride.

According to the theme park, there was a brief power outage in the area that affected both the Transformers ride and some of the attractions in The Wizarding World of Harry Potter. 11 people were on the Transformers ride when it occurred, resulting in the Los Angeles Fire Department needing to evacuate them when the ride stopped.

“As a result of a power interruption from So Cal Edison, we experienced a brief power dip which resulted in exiting guests from some attractions.” Universal Studios Hollywood said in a statement on Thursday night. “Power has been fully restored and we’re working to get a few remaining attractions back online. The theme park remains open.” 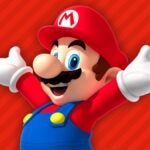 None of the riders were injured in the incident. It’s unclear what caused the power surge.

Universal Studios’ Transformers ride will soon be getting a new neighbor in the park. Last month, it was announced that the highly anticipated Nintendo-themed land, aptly called Super Nintendo World, will be opening in 2023.

“The immersive land will be a visual spectacle of vibrant colors and architectural ingenuity located within a newly expanded area of the theme park, featuring a groundbreaking ride and interactive areas, to be enjoyed by the whole family. Themed shopping and dining will enhance the entire experience,” according to the official press release.

The new land will be located on Universal Studios Hollywood’s lower lot, near the Transformers ride, as well as Jurassic World: The Ride.