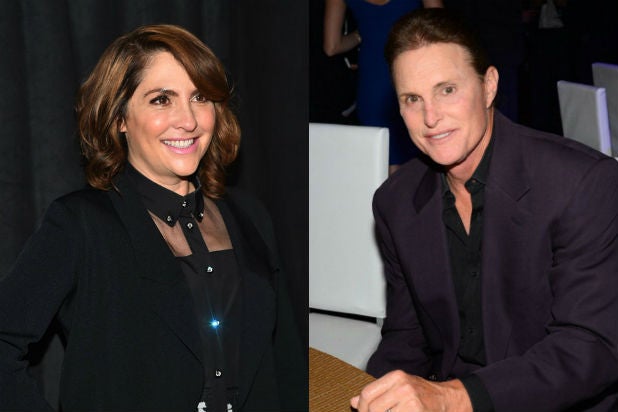 , creator of the groundbreaking Amazon series “Transparent,” has weighed in on Bruce Jenner and his reported transition from male to female.

“You know, with Bruce Jenner, people who are transitioning have such a hard time with all aspects,” Soloway said in a wide ranging interview for an upcoming issue of TheWrap’s Magazine.

“Speculation about trans people, other-izing them, looking at them and guessing isn’t what’s called for. Let them be. Let it be what it is,” Soloway said of Jenner’s  highly anticipated sit-down with Diane Sawyer on Friday.

For Jenner, that will presumably be a reveal to Sawyer on “20/20” at the end of the week, the culmination of a long road to the truth after years of speculation over his evolving appearance.

Soloway is currently in the writers’ room for Season 2 of “Transparent,” which won Golden Globe awards for both Best Series Musical or Comedy and a Best Actor prize in that same category group for lead Jeffrey Tambor.

Also Read: How Bruce Jenner Is Transitioning Toward a Big Payday

“I wish Jenner happiness and an authentic life,” Tambor concluded.

While details about the two-hour special are being kept under wraps, Jenner is seen in promos telling Sawyer, “my whole life has been getting me ready for this.”

He also touched on his family, which includes the press-friendly Kardashian family, saying “those are the only ones I’m concerned with. I can’t let myself hurt them.”

Diane Sawyers’s exclusive interview with Bruce Jenner will air as a special two-hour broadcast of “20/20” on Friday at 9 p.m. ET on ABC.