Trevor Noah is among the many who are scoffing at Elon Musk’s plan to start charging Twitter users for blue check verification now that he’s taken over. According to the “Daily Show” host, the smarter move would be to charge white users to use the N-word.

According to Business Insider, use of the n-word on the social media platform skyrocketed in the days following Musk’s takeover, jumping up more than 500%. Noah defended that number though, joking that it’s impossible to know who exactly was responsible for the increase.

“No, you don’t know! You don’t know. Who knows what it is? It could be racists, yeah. It could be,” Noah said. “It could be. Feeling free and emboldened to say it now, right? Or, it could be Black people watching Elon take over like ‘Dis n—a…’ You don’t know which one it is, you’re not sure!”

That said, Noah knows that really, it is mostly trolls pushing the limits under Musk’s new rules. The “Daily Show” host marveled at the fact that those who consistently complain about a lack of free speech always just want to say the n-word with that free speech, never anything different. But with that, Noah saw an opening for Musk to make Twitter profitable again. 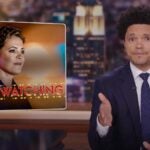 “If you ask me, if Elon Musk wants to make money from Twitter, what he should do — don’t charge people for blue checkmarks,” he said. “No, no. Charge white people to say the n-word. Twitter will be the most profitable company in history! Racists are gonna be taking out loans!”

Noah was, of course, referring to the fact that earlier on Tuesday, after multiple reports that Musk was going to start charging for verification badges on Twitter — ranging anywhere from $4.99 a month to $20 a month — Musk tweeted out that it would actually be $8 a month. According to the new CEO, the current system has divided Twitter into “lords and peasants,” and that by charging for verification it restores “power to the people.”

Obviously the current verification process is not a means of achieving status, but rather a way to ensure influential users are actually who they say they are, and that information can be traced back to credible sources. At the moment, anyone can apply for verification, famous or not.

“I guess he’s hoping that everyone else on Twitter will also make terrible financial decisions like he did,” Noah mocked. 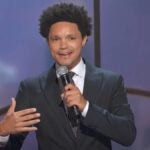