Trevor Noah has weighed in on Texas Governor Greg Abbott’s decision to send a bus full of immigrants to Washington D.C.

The group of undocumented people from Colombia, Cuba, Venezuela and Nicaragua arrived at the U.S. capital on Wednesday. Later that night, “The Daily Show” featured clips from Fox News correspondents who were on air as the group got off the bus between Union Station and the Capitol Building.

“I don’t care what anyone says. America is one of the craziest countries in the world. Because, what is happening here, people? Do you see this? What is happening here?” Noah said in response to the clips. “One day the governor is building a wall to keep immigrants out, and the next day he’s giving them a free ride to the capital? What are you doing?”

Noah also joked that Abbott hadn’t “fully thought this through” before he sent busses to Washington D.C. 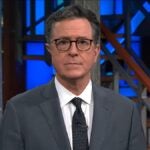 “If you’re trying to deter immigrants, don’t you think that sends a mixed message? They’re gonna be calling home like, ‘As soon as I crossed the border, they captured me and they took me to Washington D.C.! I think I’m gonna meet the president! You guys gotta come over as soon as you can. Say Greg Abbott sent you, man. It’s crazy!'”

Several media outlets reported that the bus had unloaded directly in front of the building that houses the Fox News bureau, which is located just a few blocks from the Capitol Building. The late night host took a jab at Fox during his monologue as well.

“Also, of all of the places to drop the people off, you chose Fox News’ headquarters in D.C.? Really? How are you gonna do that to Fox News, man?” he said. “Those people are already terrified of imaginary immigrants. Now what are they gonna do when the real ones show up? These people are panicking.”

In a statement, Abbott said that sending the immigrants to Washington D.C. was an attempt to protest “the Biden Administration’s decision to end Title 42 expulsions,” which has allowed the U.S. to refuse asylum seekers due to COVID. 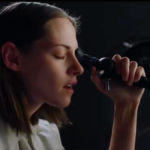 Also Read:
Watch David Cronenberg ‘Crimes of the Future’ Trailer Instead of Having Lunch Today (Video)

Noah took issue with Abbott’s assertion that the move was a direct response to President Joe Biden, insisting that it likely did not directly affect him at all.

“I also don’t think this is going to personally annoy Joe Biden,” he said. “You think Joe Biden is going to be, what, waiting to get into the club and then be like, ‘Man, I’m behind like 15 Nicaraguan dudes. I’m never gonna get in.’ That’s not gonna happen. Joe Biden doesn’t wait in line for the club. The man goes to bed after ‘Jeopardy!'”