Trevor Noah isn’t overly concerned by the fact that the amount of women in late night is as dwindling as ever. In the host’s eyes, the time slot doesn’t really matter when it comes to content from different voices; what matters is the platform.

In an interview with ET Canada posted this week, Noah was asked about the future of late night — and particularly the diversity of it — considering the fact that female hosts like Lily Singh and Samantha Bee both got their shows canceled. And while Noah was sad to see that happen, he noted that their voices aren’t totally “gone.”

“I don’t know that diverse voices are gone, you know?” he said. “Lily is creating more shows, she’s got development deals, you know, she’s still huge on YouTube.”

At that, Noah added that he’s often surprised when online content creators like Singh choose to host a TV show, pointing out that more often than not, a traditional late night show has a significantly smaller audience than a YouTube channel might. 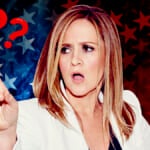 “In fact, when people come to linear television, from YouTube or from TikTok or wherever, I’m shocked,” he said. “‘Cause I go, ‘You had 65 million people watching what you created.’ So I think thinking of it in those terms oftentimes limits how we think of media in the world, you know? People can create, they can do whatever they want to do.”

The “Daily Show” host then cited Amy Schumer as a prime example of someone who diversified her content, praising her for stepping away from TV opportunities to pursue movies, start a family, and continue her stand-up.

“So I don’t think it’s as morbid as people will think it is,” Noah concluded. “We never wanna see people leave, obviously. I was happy to see Lily arrive, and then I was sad to see her go. But then she’s like: ‘But I’m not going. I’m just doing something different.’ And so I like to think of life through that lens.”

You can watch Noah’s full thoughts on the future of late night television in the video above. 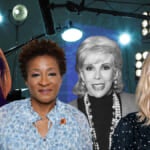