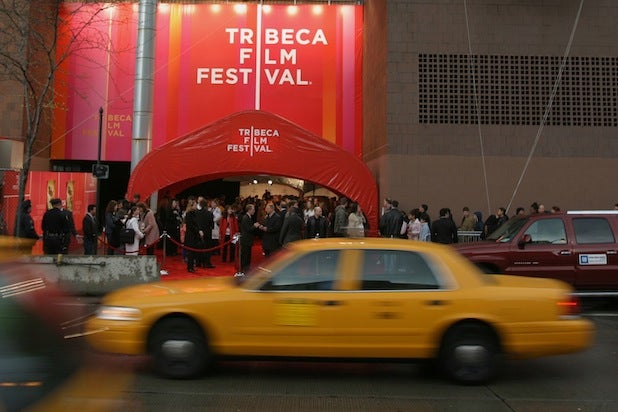 The 2016 Tribeca Film Festival will include documentaries about abortion, refugees and edible insects, dramas starring Kristen Stewart and Tom Hiddleston, comedies with Kevin Kline, Paul Rudd and Patton Oswalt and an anthology film about love with segments directed by Gael Garcia Bernal and Mia Wasikowska.

And yes, it also includes a film featuring James Franco, just as every other film festival anywhere does these days.

TFF announced 55 titles on Wednesday. They make up slightly more than half the films that will be shown at the festival, which kicks off on Wednesday, April 13, with the world premiere of the documentary “First Monday in May.”

Also Read: 'The Birth of a Nation' Enters Awards Season With Release Date

The competition section will open with Justin Tipping’s “Kicks,” a hip-hop-inflected story about three teenagers in the San Francisco Bay Area looking for stolen sneakers.

Also included: “The Fixer,” Ian Olds’ film starring Dominic Rains as an Afghan journalist and the ubiquitous Franco as an eccentric Northern Californian.

The international narrative competition, which is taking place at Tribeca for the first time, will open with “Madly,” an anthology film about love featuring segments directed by Gael Garcia Bernal and Mia Wasikowska, as well as Sebastian Silva, Sion Sono, Anurag Kashyap and Natasha Khan.

Other films in the eight-movie section include “El Clásico,” about a young couple traveling from Iraq to Spain in an attempt to meet soccer star Cristiano Ronaldo; and “Junction 48,” a drama set amidst the Israeli-Palestinian conflict directed by Udi Aloni and written by Oren Moverman, the writer and director of “The Messenger,” and writer of “Love & Mercy.”

The World Documentary Competition will consist of 12 films from five countries, opening with “Contemporary Color,” a film about David Byrne’s 2015 Brooklyn event in celebration of the music and art of the color guard, directed by Bill Ross and Turner Ross.

The subjects of other docs include a hedge fund titan’s war against Herbalife (“Betting on Zero,” by Ted Braun), edible insects (“BUGS,” by Andreas Johnson), the militarization of police forces (“Do Not Resist,” by Craig Atkinson), a convict readjusting to the outside world after having his life sentence overturned (“The Return,” by Kelly Duane de la Vega and Katie Galloway) and the fight against sex offenders in Florida (“Untouchable,” by David Feige).

TFF describes the Viewpoints section as “Tribeca’s home for films with bold directorial visions, and … underrepresented perspectives, styles, and characters.” It consists of 25 films, 14 narratives and 11 documentaries.

Those films include the opening night attraction, “Nerdland,” a comedy starring Paul Rudd and Patton Oswalt as two men who decide to become famous overnight; “Actor Martinez,” a film by Nathan Silver and Mike Ott about an aspiring actor who hires the directors to film his life; “Adult Life Skills,” a comedy with Jodie Whittaker; “Detour,” with Tye Sheridan as a student who wakes from a night of drinking thinking he may have hired a hitman; Drake Doremus‘ “Equals,” with Kristen Stewart and Nicholas Hoult; and Ben Wheatley’s “High-Rise,” with Tom Hiddleston, Luke Evans and Sienna Miller.

Documentaries in the section include Tracy Droz Tragos’ “Abortion: Stories Women Tell”; Ellen Martinez and Steph Ching’s “After Spring,” a doc about Syrian refugees executive produced by Jon Stewart; Stephanie Gillard’s “The Ride,” about an annual 300-mile horseback ride undertaken by young men and women of the Lakota Sioux tribe; Kristi Jacobson’s “SOLITARY,” a look inside solitary confinement in a supermax prison; and Deborah S. Esquenazi’s “Southwest of Salem: The Story of the San Antonio Four,” a true-crime story about a highly publicized assault in 1994.

Tribeca will announce selections in the Spotlight, Midnight and Special Sections on March 8. The festival will take place from April 13 through April 24 in lower Manhattan.

Also Read: Tribeca Film Festival to Open With Art and Fashion Documentary 'First Monday in May'

“All This Panic,” directed by Jenny Gage. (USA) – World Premiere.

“Do Not Resist,” directed by Craig Atkinson. (USA) – World Premiere.