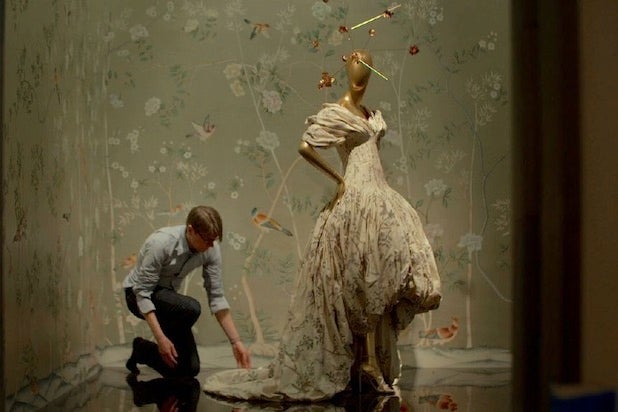 The 15th annual Tribeca Film Festival will open with the world premiere of the art and fashion documentary “First Monday in May,” organizers announced on Monday.

The film by Andrew Rossi (“Page One: Inside the New York Times”) is a look at the Metropolitan Museum of Art’s most-attended Costume Institute exhibit ever, “China: Through the Looking Glass,” curated by Andrew Bolton, and at the Met Gala, an annual fashion and celebrity event co-chaired by Vogue editor-in-chief Anna Wintour.

The film will premiere at TFF on Wednesday, Apr. 13, the opening night of the 12-day festival.

“‘The First Monday in May’ illuminates the debate between fine art, fashion, pop culture and captures the creativity, passion and visionaries behind the exhibition and gala — Andrew Bolton and Anna Wintour,” Tribeca co-founder Jane Rosenthal said in a statement. “It is an honor to pay tribute to a fellow New York cultural institution on our opening night.”

Magnolia Pictures will release “The First Monday in May” on Apr. 15, two days after its Tribeca premiere.

The Tribeca Film Festival will run from Apr. 13 through Apr. 24 in lower Manhattan. It will announce the rest of its film slate beginning on Mar. 2.