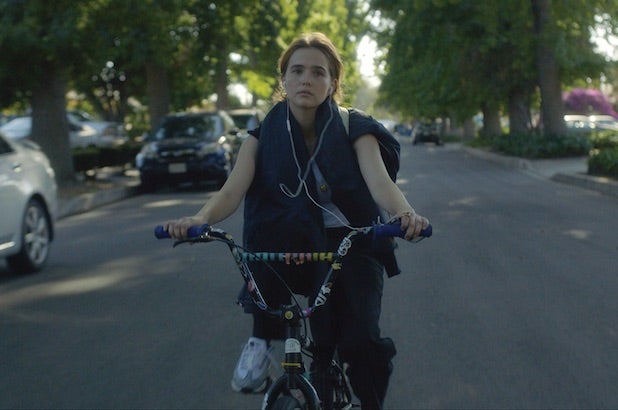 The Orchard has made the first purchase of this year’s Tribeca Film Festival, picking up Max Winkler’s dark teenage comedy “Flower,” TheWrap has learned.

The film, which had its world premiere at Tribeca this past Thursday, stars Zoey Deutch as a 17-year-old girl in the San Fernando Valley who has to deal with her mother’s new boyfriend (Tim Heidecker) and his estranged son (Joey Morgan) while making money with her friends as a makeshift vigilante group. Max Winkler, who is the son of “Happy Days” star Henry Winkler, directed the film and co-wrote the script with Alex McAulay and Matt Spicer.

The sale continues the relationship between Rough House Pictures and The Orchard, who previously partnered on the film “Donald Cried.” The Orchard also released Rough House’s film “Hunter Gatherer,” which was nominated for an Independent Spirit Award.

Winkler is currently signed on by Disney to write the script for the upcoming reboot to the 1991 film “The Rocketeer.”

The deal for “Flower” was negotiated by Danielle DiGiacomo, VP of acquisitions for The Orchard, with CAA on behalf of the filmmakers.