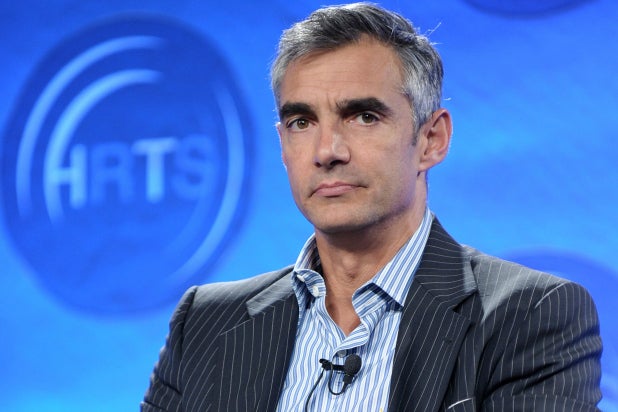 Tribune Media fell shy of revenue expectations in its first quarter 2015, despite growing sales at both its TV and Entertainment and Digital and Data segments.

The Peter Liguori-run company did meet Wall Street’s expectations in terms of earnings per share (EPS), however, clocking that profit distribution at $0.37 apiece.

Revenue of $472.7 million was up from Q1 2014 — but not enough to hit analyst estimates of $474.91. To be fair to the company, that Yahoo Finance forecast had just four analysts reporting.

Net income declined year-over-year to $36.4 million, thanks in large pat to discontinued operations. Operating income was up from last year’s comparable quarter, when the Publishing arm of the company had yet to be spun off.

“We generated top-line line growth in the first quarter and made progress against many of our key strategic objectives,” said Liguori (pictured above), Tribune Media’s president and chief executive officer. “First, we grew revenue market share across our stations, including, most importantly, our four largest markets.”

“WGN America successfully continued its conversion from a superstation to a cable network and the network is telecast as a cable entity to 60 percent of our subscriber base, while generating a 52 percent increase in carriage revenues this quarter,” he added.

Increasing expenses at WGN America for both original series and syndicated content didn’t help that segment’s bottom line. Plus, there were losses in the small-screen segment grouped under catch-all “Other.”

Digital and Data segment revenues in the first quarter of 2015 were $50.2 million, compared to $31.5 million in the first quarter of 2014, an increase of $18.7 million. This jump was primarily attributable to the impact of the acquisition of Gracenote, which was consummated Jan. 31, 2014, and the acquisitions of HWW, Baseline and What’s ON, which were finalized in the second half of 2014.

Speaking of stock, during the first fiscal quarter of 2015, the Company repurchased approximately 2.8 million shares of the Company’s Class A  stock in open market transactions for $165 million.

In 90-day-ago news, at the end of Q4 2014, Tribune saw both its sales and net income soar. The company announced both a special and recurring quarterly dividends as a result.

The Q1 earnings call is set for 8 a.m. ET, at which point this post may be updated with any pertinent information.