TikTok rival Triller said Thursday it will receive an investment of up to $310 million from Global Emerging Markets, a Luxembourg-based private alternative investment group, in conjunction with its pending initial public offering.

The open source content platform privately submitted plans to go public to the Securities and Exchange Commission in June, and said Thursday it will finalize its IPO plans with the closing of the deal with GEM. It expects it will complete the share offering before the end of the year.

Triller is not obligated to draw the entire $310 million, and can draw just part of the total as it sees fit. It will issue stock to GEM on each draw down. 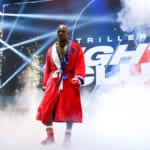 The Los Angeles company said the capital infusion will enable Triller to make additional acquisitions to strengthen its offerings for influencers and creators and reach breakeven or profitability “in the short-term.” If it does use the entire amount, it will have raised more than $600 million.

The music-focused platform raised $200 million in 2020 from several funders including Farvahar Partners. In an earlier round, it booked between $10 million and $20 million from a number of high-profile investors including Snoop Dogg, The Weeknd, Marshmello, Lil Wayne, YoungThug, Kendrick Lamar, Pitbull, Baron Davis, Tyga, TI, and Jake Paul. Metallica has also invested, saying “we see greatness ahead for Triller.”

Triller claims its app has been downloaded more than 350 million times.

“Triller has been growing tremendously,” Triller CEO and chairman Mahi de Silva said in a statement. “At our inception in 2019, we were a zero-revenue company; now we are on track to break $100
million in revenue this year.” 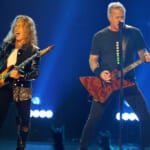