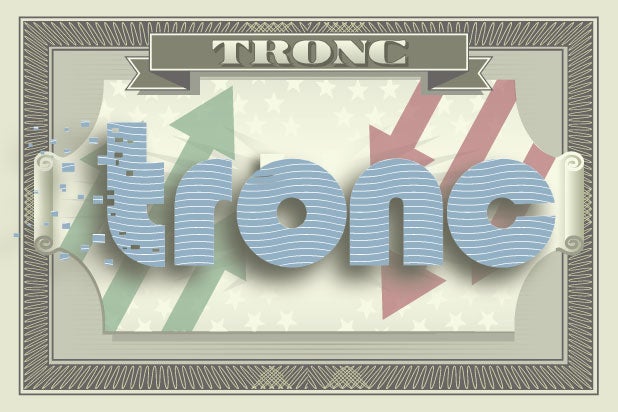 Tronc unveiled its third-quarter 2016 earnings on Tuesday with revenues of $378 million, down 6.9 percent compared to $406 million in the third quarter of 2015.

Only one analyst weighed in, forecasting $402.81 million in revenues, so the newspaper giant can also be said to have missed Wall Street expectations, few as they were. Ad revenue was down 10.9 percent from last year as the industry continues to experience declines in print advertising.

Earlier on Tuesday, Gannett Co. announced that it had ended its months-long pursuit of Tronc, the stock for which dropped to $9.70 a share, falling more than 29 percent in premarket trading after the news broke.

“Notwithstanding the distractions our Company has faced over the past several months and the fact that our Board and management team have been engaged in substantive discussions and due diligence with Gannett, our third quarter results reflect the important progress we have made in our efforts to transform our business,” said CEO Justin Dearborn.  “While we are still in the early stages of executing our strategy, we remain confident in the strength of our core brands and assets and committed to our go-forward plans.”

Dearborn continued: “We are disappointed, that in the face of challenges surrounding its financing, Gannett’s Board unilaterally determined it could not complete the transaction that it began. The parties agreed to a purchase price in mid-September and subsequently finalized all material transaction terms. Given the market’s reaction to Gannett’s third quarter financial report, which showed a significant year-over-year decline in Adjusted EBITDA, we are not surprised that their board has decided to refocus their attention to operating the assets they currently own. We have repeatedly acknowledged that we must all undertake significant change to our business to address the challenging environment facing our industry.”

Gannett started the negotiation by making an unsolicited offer that was rejected last April by Tronc. Things got ugly and Gannett even penned a letter to Tribune shareholders accusing the company’s leadership of “disregarding” their best interests.

Also Read: Gannett's Bankers Back Out of Tronc Deal (Report)

At one point, Tronc chairman Michael Ferro told a group of Los Angeles Times staffers that he would purchase Gannett instead of accepting Gannett’s takeover offer.

In early August, the Wall Street Journal reported that Gannett increased its offer to purchase Tronc after unsolicited offers were rejected by Ferro. Gannett’s original offer of $12.25 a share was increased to $15 per share, but Tronc rejected both proposals.

Last week, Bloomberg reported that several lenders withdrew over concerns about the health of the two companies’ businesses at the finally agreed-upon price of $18.75 per share.

We believe we must all remain united in support of the publishing industry, and to that end we will continue to be a good partner to Gannett across our many existing business relationships,” Dearborn said.

Tronc’s sizable portfolio includes The Chicago Tribune, The Los Angeles Times, The Orlando Sentinel, The Sun-Sentinel of South Florida, The Baltimore Sun, The Morning Call of Eastern Pennsylvania, The Hartford Courant and The San Diego Union-Tribune.