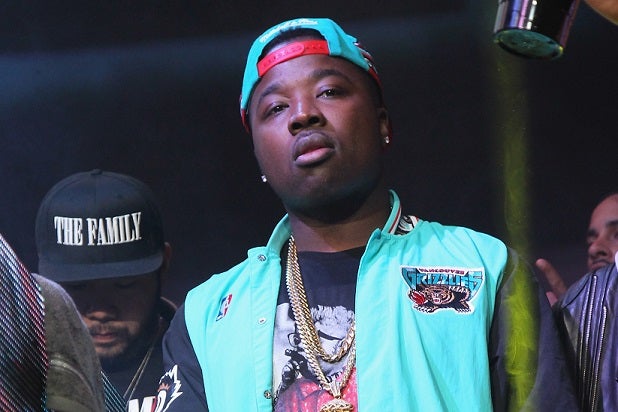 Rapper Troy Ave has fired off a lawsuit against Live Nation and Irving Plaza over a May 25 shooting incident at a T.I. show, which left Troy Ave — real name Roland Collins — injured.

The suit, filed Monday in New York Supreme Court, claims that Irving Plaza had inadequate security for the event, and that Collins and others were not patted down or otherwise searched for weapons or illegal substances as they entered through the artist/VIP entrance to the venue, according to papers obtained by Courthouse News Service.

The suit asserts that neither he nor anybody he was associated with brought a weapon into the venue, and that any “weapon recovered in the venue was brought into the venue by a third party who did not have any association with the plaintiff.”

As reported previously, the shooting took place prior to T.I.‘s scheduled performance, at which Collins was scheduled to appear.

Collins was indicted on one count of attempted murder and four counts of criminal possession of a weapon related to the shooting, which left Collins’ bodyguard, Ronald (Edgar) McPhatter dead.

Collins was among those injured in the shooting.

Representatives for Live Nation and Irving Plaza have not yet responded to TheWrap’s request for comment.

Following the shooting, T.I. wrote on his Twitter account, “My heart is heavy today. Our music is intended to save lives, like it has mine and many others. Our heartfelt condolences to the family that suffered the loss & my prayers are with all those injured.”