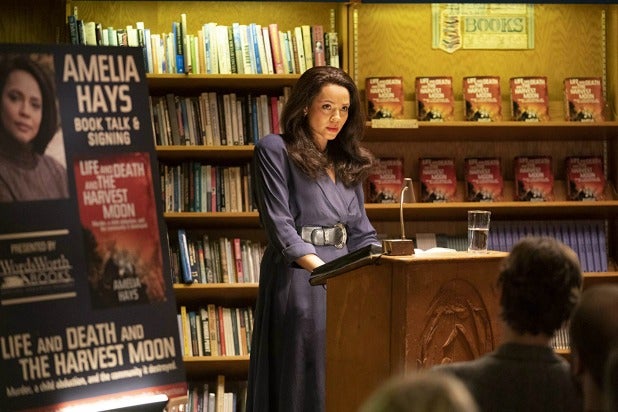 (Spoilers ahead for Season 3, episode 6 of “True Detective”)

It took a while for “True Detective” Season 3 to get to the point, spending the first five episodes ambling through this mystery with very few clues to help viewers figure out what in the world is happening here.

But I had an idea, after that first Sunday when the first two episodes of the season aired. I suggested that the kidnapping of the Purcell children was part of a conspiracy involving the Hoyt family of Hoyt Foods. That would be a very “True Detective” direction for this story to go, and with nothing that really firmly pointed at any suspects, that seemed like the most logical guess at the time.

And as the season went on, continuing to avoid presenting a plausible list of suspects, I couldn’t help but assume that the Hoyt family had to be involved. And, finally, the sixth episode appeared to confirm that idea.

There had been hints about a conspiracy from time to time in the first five episodes — mainly when Hays (Mahershala Ali) would talk about how it seemed an awful lot like the local prosecutor was overly eager to steer the case in the wrong direction. And then we he shut down the case altogether after the shootout at Brett Woodard’s place, eager to pin the whole thing on a dead man. But these were more like random thoughts than firm accusations of some kind of impropriety. Hays seemed to think the guy just was trying to get ahead in his career by wrapping up a high profile case with a quick conviction.

The concept of a conspiracy was first broached for real when Hays and West (Stephen Dorff) met with Dan O’Brien (Micheal Graziadei) in 1990. Cousin Dan said that Lucy Purcell, the mother of the kidnapped kids, had been paid by a man who wanted her to stop talking about the case. Somebody was paying her hush money. But Dan wouldn’t give up the name of the man without being paid himself.

But Tom Purcell, later, overheard some other detectives talking about that situation and sought out Dan himself, beating him until he finally gave up the name. We didn’t hear it ourselves, but we saw what Tom did next — he went to the Hoyt estate, sneaked into the basement, and found a child’s room, painted pink. A room that young Julie Purcell had described being held in to a friend when she was a kid on the run.

And then a man sneaked up behind Tom and seemingly knocked him out, ending the episode.

That man, Harris James (Scott Shepherd), is one we’ve met before. He was the police officer who identified a backpack found on Woodard’s property as belonging to Will Purcell, who had been found dead in 1980. And in this episode, Hays and West paid him a visit to talk about that, and how he ended up quitting his job as a cop to work at Hoyt Foods.

The implication here, of course, is that James was always part of Hoyt’s conspiracy, on the payroll even when he was still police. And James’ involvement implies plenty more than just that.

Though it seems clear right now that some member of the Hoyt family, or all of them, is responsible for the Purcell kidnapping, what isn’t clear is just how far this conspiracy spreads. Looking back on certain scenes in earlier episodes, my guess is that the Hoyt conspiracy has its tentacles reaching all over the place.

The tell, at least how I see it, comes from several of the people Hays and West interviewed about the case in 1980. A lot of locals wanted to point the finger at Woodard, but we met several others who mentioned a black man with a “dead eye.” And we met such a man, twice now.

First, when Hays and West went to his home to ask him about the whole thing in 1980, which nearly started a riot in the neighborhood. This man’s dead eye was his right. The second time was in 1990, at Amelia Hays’ book reading. He interrupted the proceedings to harshly ask if she had done anything to help, or if she knew where Julie was now. This man’s dead eye was his left. Hmmm.

What these characters’ place in the story remains unknown, and maybe they’re involved in the conspiracy somehow. Or maybe he’s Hoyt’s opposition, and Hoyt’s people — the Hoyt family’s influence is spread around — are trying to direct blame toward him as part of some kind of gambit.

But who knows? I presume we’ll learn that character’s significance before the end of “True Detective” season 3. And there’s only two episodes left, so that will be very soon.