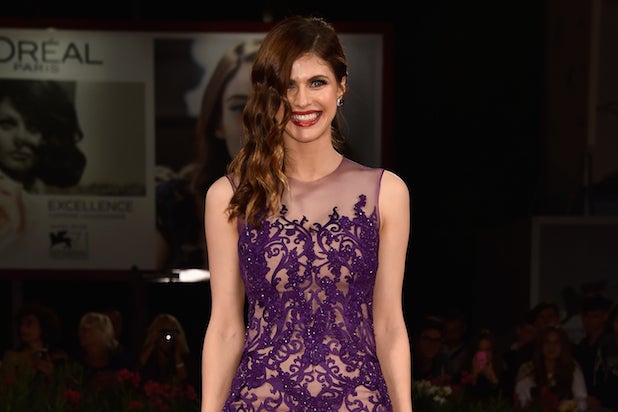 Ross Katz (“Adult Beginners”) is directing from a script by Bryan Sipe, who adapted Sparks’ bestselling novel of the same name.

Benjamin Walker and Teresa Palmer star in “The Choice” as Travis Parker and Gabby Holland, who meet first as neighbors in a small coastal town and end up pursuing a relationship that neither could have foreseen. Spanning a decade and tracing the evolution of a love affair that is ultimately tested by life’s most defining events, this story features an ensemble of friends and family in Sparks’ beloved North Carolina setting, culminating in the question that every couple must ask themselves:  how far would you go to keep the hope of love alive?

Daddario’s role is being kept under wraps, while “Smallville” alum Welling will play Ryan, Wilkinson will play Dr. Shep and Grace will play Travis’ sister, Stephanie.

Sparks and Theresa Park are partnering with Peter Safran to produce and finance the film, which is the first independent feature from Nicholas Sparks Productions.

Lionsgate’s Jason Constantine and Eda Kowan will oversee the project for the studio. Good Universe is handling international sales for the film.

The latest Sparks adaptation, Relativity’s “The Best of Me,” hits theaters Oct. 17, while Fox’s “The Longest Ride” is currently in post-production.

Daddario turned heads with her performance as Woody Harrelson‘s mistress on HBO’s “True Detective.” She recently wrapped the female lead in “San Andreas” opposite Dwayne Johnson and will soon be seen alongside Anton Yelchin and Ashley Greene in Joe Dante’s horror comedy “Burying the Ex.” She’s represented by UTA and McKeon Myones Entertainment.

Welling, who recently appeared in Ivan Reitman‘s “Draft Day,” is repped by WME. Grace, who next stars in “Tak3n,” is repped by UTA and Wishlab. Wilkinson is repped by Lou Coulson Associates and Larry Taube of Gotham/Principal.