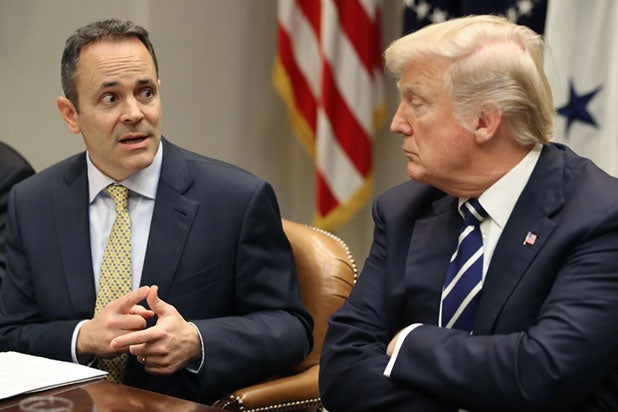 President Donald Trump is facing a firestorm of backlash after he was quoted as saying that immigrants from Central America and Africa are coming from “s—hole countries” on Thursday, according to The Washington Post.

Trump held an impromptu meeting with Republican lawmakers to discuss immigration reform on Thursday, and at one point asked “Why are we having all these people from shithole countries come here?,” according to the WaPo report.

Also Read: Tucker Carlson Unloads on Trump Over Immigration: 'What Was the Point of Running for President?' (Video)

The president went on to say that the country should instead bring more people from countries like Norway. Some observers have called Trump’s remark “racist,” noting that Norway is predominantly white, while the countries he derided are not.

“There are no words for language like this except for one: Racist,” the official Twitter account of the American Civil Liberties Union wrote, linking to the WaPo story.

“It’ll take *years* to recover from what this man is doing to America’s reputation and the integrity of its government,” wrote attorney and political commentator Seth Abramson.

There are no words for language like this except for one: Racist. https://t.co/KHLMiiHewh

Give me your tired, your poor, Your huddled masses yearning to breathe free*

* unless you’re from a shithole country

You can keep telling me that this man and support of him isn't rooted in racial hostility. I'll just keep reading what he says and watching you still support him. https://t.co/B0g0TuCPB1

How curious that the "shithole" countries @realDonaldTrump identifies by name—Haiti and nations in Africa—are places with black populations. Even curiouser that the country he calls as an ideal source for new immigration is the Land of the Blond, Norway.https://t.co/0brGucdF2V pic.twitter.com/wj5mOItwAx

It'll take *years* to recover from what this man is doing to America's reputation and the integrity of its government.

How many times do we have to show people that Donald Trump is racist. He called predominantly black countries “shithole countries”. Impeach him now!

What "shithole countries" did your ancestors come from?

Among so many other terrible things, Trump has now ruined the world "shithole," which was a really great word until now.