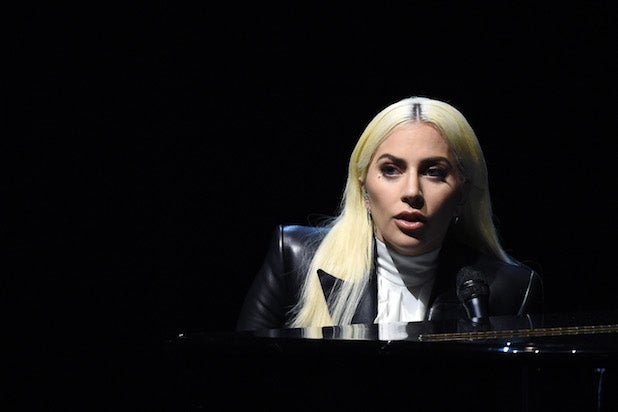 President Donald Trump’s re-election campaign took on a new enemy over the weekend, just days before the election: Lady Gaga.

The award-winning artist is expected to campaign with Democratic nominee Joe Biden in Pennsylvania Monday, which prompted the Trump team to send out a number of tweets and releases about her.

On Sunday, the campaign’s rapid response director, Abigail Marone, tweeted out a 2012 blog post about Gaga’s support for Yoko Ono’s anti-fracking drive. The official “Trump War Room” Twitter account mentioned it, as did communications director Tim Murtaugh, who tweeted a picture of a press release about Gaga’s forthcoming campaign stop along with a condemnation.

“Nothing exposes Biden’s disdain for the forgotten working men & women of PA like campaigning with anti-fracking activist Lady Gaga. This desperate effort to drum up enthusiasm is actually a sharp stick in the eye for 600,000 Pennsylvanians who work in the fracking industry,” he wrote, again referencing her eight-year-old support for another artist’s anti-fracking initiative.

Fracking is the process of drilling into the earth, then injecting chemicals, water and sand to release oil and gas. The process is controversial because while it provides jobs in oil-rich states, it also contributes to various kinds of pollution.

The campaign event hasn’t even happened yet, but Gaga responded to the criticism from the Trump campaign on Twitter by posting her own screenshot of the press release with overlaid “lol” and “vote Biden” graphics.

“HEY TIM HEY @realDonaldTrump,” she wrote. “SO HAPPY IM GLAD TO BE LIVING RENT FREE in your HEAD. #BidenHarris.”

The actress and philanthropist has been posting numerous video messages encouraging fans to vote for Biden in recent days. One shows her walking to her early ballot drop-off location as a track from her latest release, “Chromatica,” plays. Another features her dressed in camouflage, standing in front of a pick-up truck and drinking a beer to encourage followers to vote “for America.” A third features her wearing some of the most memorable outfits from her career.

Gaga and Biden previously worked together on the “It’s On Us” campaign to combat sexual assault on college campuses.