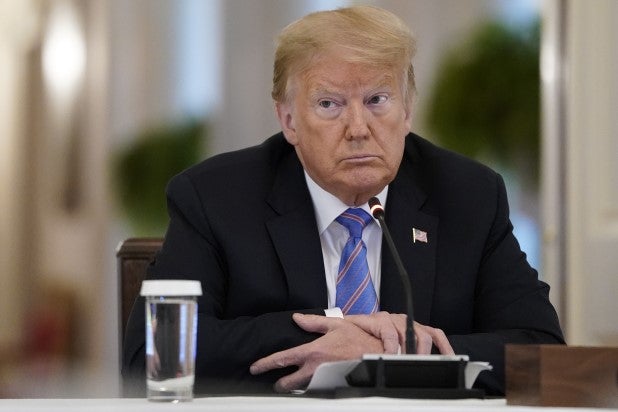 President Donald Trump once again boasted about his cognitive test results, this time in an interview with Fox News medical contributor Marc Siegel.

In a segment that aired on the network Wednesday, Trump revealed he had asked “a year ago” to take the test to “shut these people up” — “these people” referring to his detractors.

“If you’re in the office of the presidency, you have to be sharp,” Trump continued, mispronouncing “presidency.”

“It was 30 or 35 questions. The first questions are very easy. The last questions are much more difficult, like a memory question. It’s like you’ll go, ‘Person, woman, man, camera, TV.’ So they say, ‘Could you repeat that?’ So I said, ‘Yeah.’ So it’s, ‘Person, woman, man, camera, TV.’ OK, that’s very good. If you get it in order, you get extra points,” he said, adding that “it’s actually not that easy, but for me, it was easy.”

He went on, “I do it because I have, like, a good memory, because I’m cognitively there.”

Wallace persisted, pointing out the test included questions as easy as identifying an elephant in a lineup and solving simple subtraction problems. But Trump, as he has often done when challenged on his claims, did not back down.

Watch excerpts from his interview below: