On Monday evening, twice-impeached former president Donald Trump announced his endorsement for the Missouri GOP Senate campaign this year, giving it to a man named Eric. The problem is, the race is currently between two men both named Eric. Naturally, mockery ensued – but the Trump team is claiming it was simply “an epic troll.”

In his endorsement, Trump once again falsely claimed that he won the 2020 election, saying, “I trust the Great People of Missouri, on this one, to make up their own minds, much as they did when they gave me landslide victories in the 2016 and 2020 Elections, and I am therefore proud to announce that ERIC has my Complete and Total Endorsement!”

The two frontrunners in the race are Eric Greitens and Eric Schmitt, who both gleefully embraced Trump’s vague endorsement.

Now, Trump advisers have told NBC News that the opacity of the endorsement was intentional, meant to apparently cause infighting between Greitens and Schmitt themselves. “Instead of talking about Missouri, the Erics are debating what Trump’s endorsement means,” one adviser said. “Yes, it’s an epic troll.” 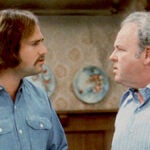 Also Read:
Rob Reiner: Archie Bunker Would Have Jumped Off the Trump Train After Jan. 6

Meanwhile, Twitter users trolled Trump himself, as no one seems to believe even a little bit that his odd endorsement was intentional.

“Trump endorsing ‘Eric’ when there are two Erics in the race, and them both claiming the endorsement, is 1000% a Veep plot line,” one person tweeted. Another dubbed it “the most Eric thing to happen tbh.”

You can check out more people roasting Trump below. 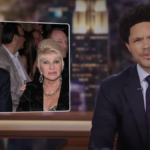 Also Read:
Trevor Noah Says Donald Trump Has Gone ‘a Step Too Far’ by Possibly Burying Ivana at His Golf Course for a Tax Break (Video)