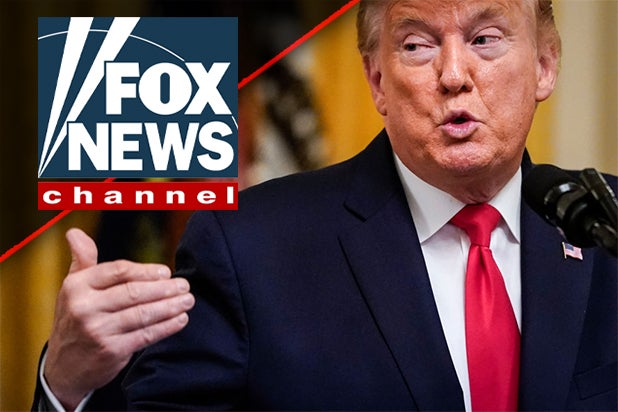 President Donald Trump once again lashed out at Fox News for a new poll showing former Vice President Joe Biden’s lead over him widening as the November election looms closer.

“@FoxNews is out with another of their phony polls, done by the same group of haters that got it even more wrong in 2016. Watch what happens in November. Fox is terrible!” the president wrote Friday, disparaging the network.

In May, Fox News’ polling found Biden had 48% support, which rose to 50% in the June poll. As Biden’s increased two percentage points, Trump’s decreased by the same amount, falling from 40% in May to 38% in June.

Trump has been lashing out as polls show him losing to the presumptive Democratic presidential nominee in recent weeks, going so far as to hire his own pollster and demand CNN apologize for one of its polls.

The general counsel, David Vigilante, said he was unaware of another time in the company’s 40-year history it was “threatened with legal action because an American politician or campaign did not like CNN’s polling results.”

“To the extent we have received legal threats from political leaders in the past, they have typically come from countries like Venezuela or other regimes where there is little or no respect for a free and independent media,” he went on.

Notably absent from the letter Trump’s self-retained polling unit wrote in response to the CNN poll was Fox News, though Trump attacked Fox on Twitter on May 22 after a poll from that network showed him trailing behind Biden and his approval down, too.

After tweeting that Fox News “should fire their Fake Pollster,” he wrote at the time, “Why doesn’t @FoxNews put up the CNBC POLL or the (believe it or not!) @CNN Poll? Hope Roger A is looking down and watching what has happened to this once beautiful creation!”