The second public hearing in the House’s impeachment inquiry into Donald Trump on Friday, this time hearing testimony from the ousted U.S. ambassador to Ukraine Marie Yovanovitch.

Yovanovitch was removed from her position as ambassador last spring, after 33 years of foreign service for the United States, after becoming the target of false accusations led by Rudy Giuliani, Trump’s personal lawyer, and his associates Lev Parnas and Igor Fruman, both of whom were indicted last month.

Here at five key moments from Friday’s hearing, which lasted for more than six and a half hours. 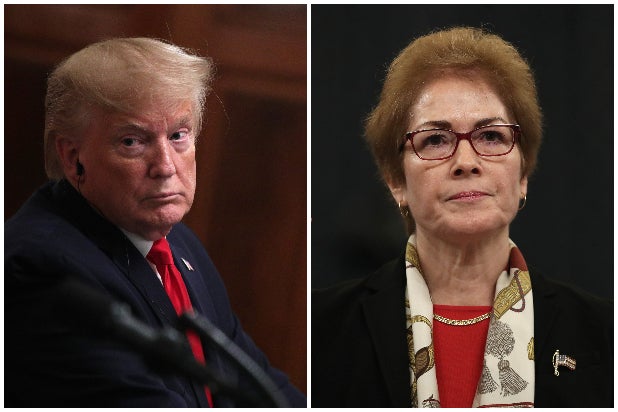 Early during Yovanovitch’s testimony on Friday morning, Trump began insulting the former U.S. ambassador to Ukraine on Twitter and made a unfounded accusation that “everywhere [she] went turned bad.”

“I mean, I don’t think I have such powers,” she said of the accusation that the countries she served “turned bad” after her service. “Not in Mogadishu, Somalia, not in other places. I actually think that where I’ve served over the years, I and others have demonstrably made things better for the U.S. as well as for the countries that I’ve served in,” Yovanovitch said.

“Ambassador, you’ve shown the courage to come forward today to testify, notwithstanding the fact you were urged by the White House or State Department not to, notwithstanding the fact that as you testified earlier, the president implicitly threatened you in that call record [with the Ukrainian president]. And now, the president in real time is attacking you. What effect do you think that has on other witnesses’ willingness to come forward and expose wrongdoing?” Schiff asked her.

“It’s designed to intimidate, is it not?” Schiff said.

“I mean, I can’t speak to what the president is trying to do, but I think the effect is to be intimidating,” she said.

“Well, I want you to know that some of us here take witness intimidating very, very seriously,” Schiff told her. 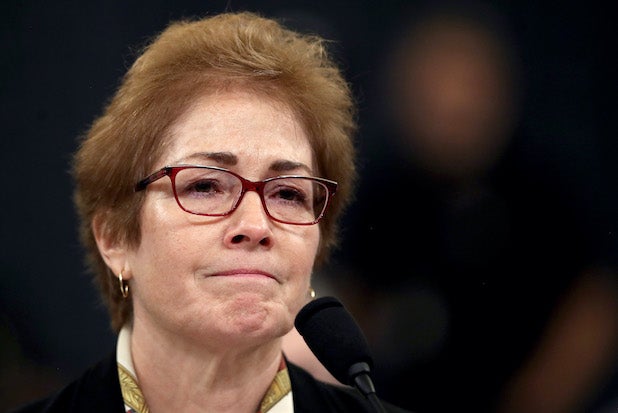 2. Yovanovitch says she was “shocked and devastated” after hearing how Trump characterized her in the July 25 phone call to the Ukrainian president

According to the White House’s memo of a phone call between Trump and Ukrainian president Volodymyr Zelensky, Trump disparaged Yovanovitch to Zelensky as “bad news” and praised a corrupt former Ukrainian prosecutor.

“I heard you had a prosecutor who was very good and he was shut down and that’s really unfair. A lot of people are talking about that, the way they shut your very good prosecutor down and you had some very bad people involved,” Trump told Zelensky, according to the memo. “The former ambassador from the United States, the woman, was bad news and the people she was dealing with in the Ukraine were bad news so I just want to let you know that.”

According to the memo, Zelensky responded, “It was great that you were the first one who told me that she was a bad ambassador because I agree with you 100%. Her attitude towards me was far from the best as she admired the previous President and she was on his side. She would not accept me as a new President well enough.”

Trump then suggested that Yovanovitch was “going to go through some things.”

When asked about her response to the phone call, Yovanovitch said she was “shocked and devastated that I would feature in a phone call between two heads of state in such a manner where President Trump said I was ‘bad news’ to another leader, and that I’d be going through some things. It was a terrible moment.

“A person who saw me actually reading the transcript said that the color drained from my face,” she added. “I think I even had a physical reaction. I think, even now, words confound me.”

Yovanovitch also said she had not received any negative feedback from the State Department about her conduct as an ambassador and had even been asked in March — weeks before her sudden ouster — to extend her tour in Ukraine for another year by the under secretary of state for political affairs. 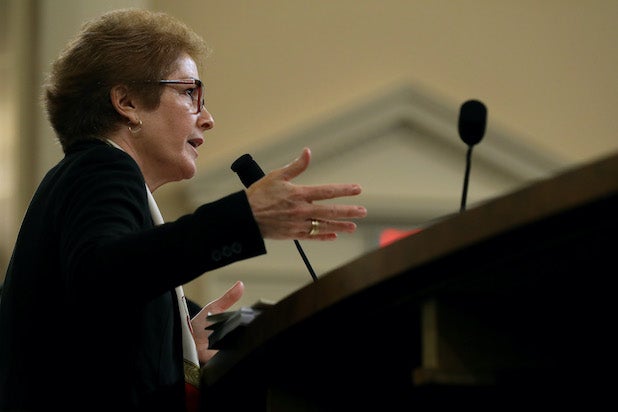 3. Yovanovitch says State Department never released a statement of support for her because it feared reprisal from Trump

But as Yovanovitch was being targeted by the accusations earlier this year, she said the State Department ultimately never issued a statement of support for her because it feared that Trump would write a tweet in response.

“So let me see if I get this right,” Democratic counsel Daniel Goldman said. “You were one of the most senior diplomats in the State Department. You’ve been there for 33 years. You’ve won numerous awards. You’ve been appointed as an ambassador three times, by both Republican and Democratic presidents. And the State Department would not issue a statement in support of you against false allegations because they were concerned about a tweet from the president of the United States?”

“That’s my understanding,” she said. 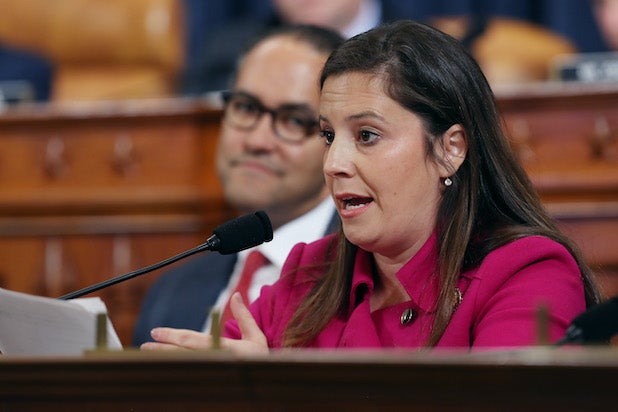 4. “You are not recognized”

Rep. Devin Nunes (R – Calif.), the ranking Republican on the committee caused a commotion during his opening statement when he tried to yield to Rep. Elise Stefanik (R – New York), the only female Republican on the panel — a violation of impeachment inquiry rules, which state only Chairman Schiff, Nunes, and the counsels for both sides could question Yovanovitch during that time. Schiff repeatedly refused to recognize Stefanik as a result.

“How many times can Adam Schiff say, ‘The gentlewoman is NOT recognized’? He clearly has NO interest in letting Republicans have any say in the impeachment hearings. Watch him interrupt us multiple times and refuse to yield for our parliamentary questions,” she tweeted later, posting a video of the moment. 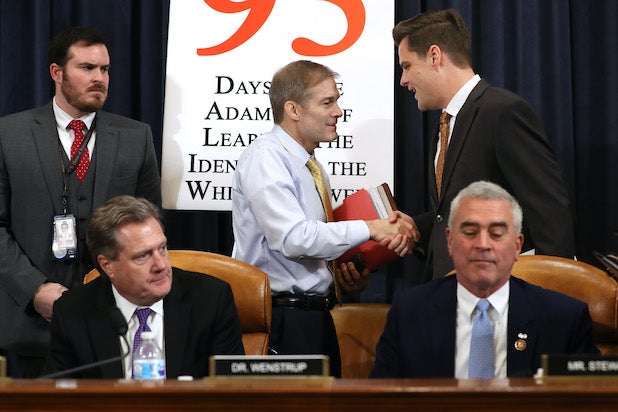 Rep. Mike Turner (R-Ohio) interrupted Yovanovitch in the middle of an answer, prompting Schiff to interrupt him back, asking if she could finish speaking.

She moved forward to continue speaking into her microphone, but Turner said, “Not on my time. You’re done.” He paused before adding, “Right?”

But Yovanovitch was not finished and, after being recognized again by Schiff, she continued her answer.

On Twitter, NBC News’ Katy Tur noted that the former ambassador raised her eyebrows at Turner while CNN’s Chris Cillizza declared the moment “not a good look” for the congressman.

WATCH: Rep. Turner attempts to move on, despite Yovanovitch’s attempt to finish her full answer to Turner’s question.

Chairman Schiff stepped in an allowed Yovanovitch to finish her answer. pic.twitter.com/ztko3Tb3TV

Watch the full hearing above.