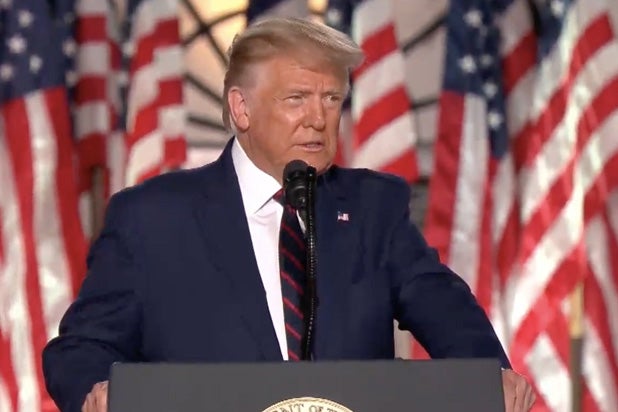 President Donald Trump indicated Monday he might just be interested in participating in a debate moderated by Joe Rogan.

He retweeted UFC fighter Tim Kennedy, who wrote, “On my podcast with @joerogan he offered to moderate a debate between @JoeBiden and @realDonaldTrump.”

Kennedy went on, “It would be four hours with no live audience. Just the two candidates, cameras, and their vision of how to move this country forward. Who wants this?”

“I do!” replied the president.

That echoes the sentiments of over 250,000 signees on a year-old Change.org petition urging the Commission on Presidential Debates to elect Rogan to moderate a 2020 debate. A representative for Democratic nominee Joe Biden didn’t immediately return a request for comment about Rogan and Trump’s suggestion.

Without a debate, Rogan is still booked and busy. He recently inked a $100 million deal with Spotify, where “The Joe Rogan Experience” will be exclusively hosted by the end of 2020.

The Commission on Presidential Debates has also released the real list of moderators for the upcoming face-offs between Trump and Joe Biden, as well as Vice President Mike Pence and Democratic vice presidential nominee Kamala Harris.

After that, C-SPAN’s Steve Scully will moderate the Oct. 15 presidential town hall in Miami and NBC News’ Kristen Welker will lead the debate on Oct. 22 in Nashville.