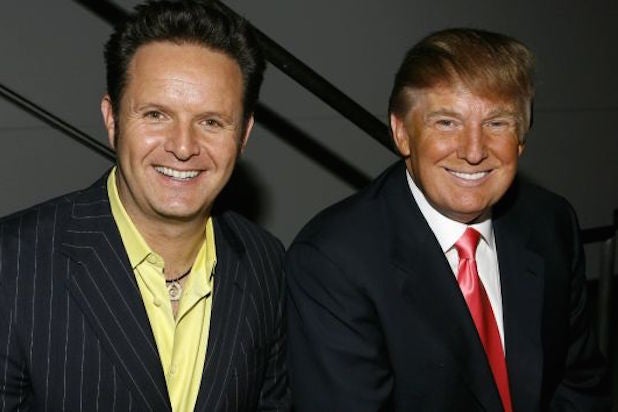 President Donald Trump became a household name when he hosted NBC’s “The Apprentice,” and when he’s done with the Oval Office, he’d like to go back to the boardroom set.

According to a new report from the Daily Beast, citing three people with knowledge of talks between “Apprentice” creator Mark Burnett and Trump and one person close to the president, Trump and Burnett have been chatting about potential TV projects that can be done after Trump leaves office.

They’ve been talking about launching “The Apprentice: White House,” which would be all-politics and rely, of course, on Trump’s latest resume addition, President of the United States.

One source told the Beast they’ve discussed “The Apprentice: White House” and think it could be lucrative, and while another source corroborated that the talks had happened, they said “the discussion did not go far.”

Also Read: 'Apprentice' Staffers Doubt That Trump N-Word Tape Exists: 'It Would Have Leaked Long Ago'

Representatives for the White House and Burnett did not immediately return requests for comment.

Much has been said about the relationship between Burnett and Trump. In 2018, Trump responded to former White House aide Omarosa Manigault Newman’s assertion in her then-upcoming book that there are tapes of him using the N-word on “The Apprentice” by saying that he doesn’t even “have that word in my vocabulary.”

Trump also tweeted that Burnett had called him and said that there were no tapes of him uttering the racial slur.