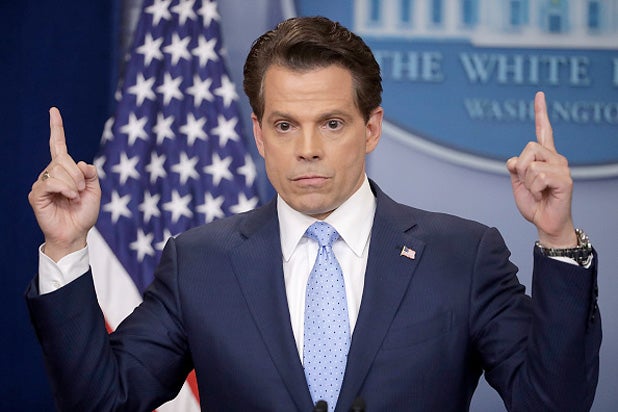 “Nobody ever heard of this dope until he met me,” Trump wrote. “He only lasted 11 days!”

The video itself is 56 seconds long and comprised of clips of Scaramucci saying he’s “very, very loyal to the president” and expressing his “love” for him.

The White House did not immediately respond to a request for comment about the origin of the video or who paid for its production.

Earlier Monday night, Scaramucci published an opinion piece in the Washington Post saying he was wrong to support Trump but is “not seeking absolution.” It was the latest in a public back-and-forth between the men that has been going on for weeks.

Scaramucci rebuked Trump’s “racist tropes” and language on two occasions over the summer, first when the president attacked four Democratic congresswomen of color, then when Scaramucci called out a “linkage” between his immigration rhetoric and the mass shooting in El Paso, Texas. After that, he revealed he no longer supported Trump’s re-election bid.

He responded to the mashup video of himself a few different ways on Twitter, first retweeting it and captioning it, “‘To Err is Human but to Persist in Mistake is Diabolical.’ — Seneca”

Then, he retweeted a tweet that said, “So addicted to his Twitter feed is the president that he is using taxpayer funded employees to make childish videos about @Scaramucci on a night he should have been welcoming his grandchild.”

Referencing earlier tweets from Monday that targeted his wife, Scaramucci wrote, “Adding to that he is attacking my wife who is a civilian a private citizen, a mom of 2 young children. He is despicable and will be rooted out of the system before his Orange cancer metatasizes. @realDonaldTrump a COWARD who goes after suburban housewives and their children.”

Nobody ever heard of this dope until he met me. He only lasted 11 days! pic.twitter.com/RzX3zjXzga