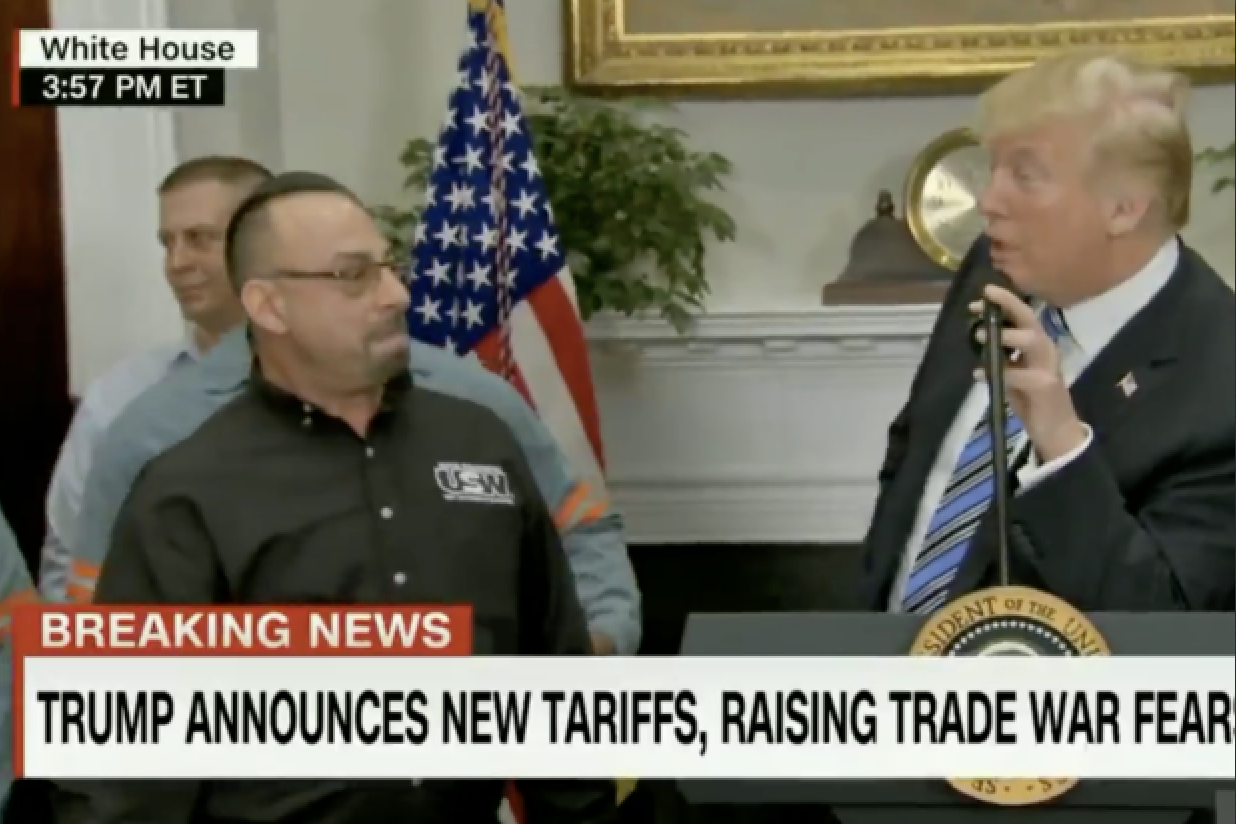 Is President Trump right that his new tariffs will protect American jobs? Or could they start a trade war that will crater the U.S. economy, hurt relationships with our allies and force U.S. consumers to pay more for cars and appliances?

We can’t say. But we do know that Trump got one important thing wrong on Thursday: He pronounced a man dead who is actually alive.

“Your father, Herman, is looking down,” Trump told Scott Sauritch, the president of United Steelworkers Union local 2227, as he announced the tariffs at the White House. “He’s very proud of you right now.”

Trump: Your father is looking down, he's very proud of you.

“Then he’s even more proud of you,” Trump said, apparently cognizant of what the dead and living know and feel.

We know, we know: The important story here is what will happen to the U.S. and global economy, not one little mistake Trump made.

Trump invited the younger Sauritich to the White House to tell the story of how his father lost his job in the steel industry “due to imports coming into this country,” The Hill reported.

Trump announced Thursday that levies on foreign steel will rise by 25 percent and on imported aluminum by 10 percent. The only exceptions are for Canada and Mexico, though Trump left room to exempt other allies from the tariffs in the future.

The plan has its critics: More than 100 Republican lawmakers wrote to Trump urging against the tariffs. And Trump’s chief economic adviser, Gary D. Cohn, announced he was quitting after he failed to convince Trump to abandon the idea. The general criticism of the tariffs is that they could spark a trade war in which other countries would impose tariffs on U.S. goods, hurting U.S. businesses.

Democratic Sen. Chuck Schumer gave Trump credit for calling out China as the source of the U.S.’s trade troubles. He — and some Republicans — called on Trump to target China, without imposing tariffs on U.S. allies.

We can only wonder what Herman Sauritch would have thought of Trump’s plan. Or we could  just call him.