Donald Trump will connect any bit of news to his false claims that the 2020 election was rigged against him…even a failed drug test for the horse that won the Kentucky Derby.

On Sunday, news broke that Medina Spirit, which won the Derby last weekend, failed a postrace drug test and now risks becoming only the third winner in the 147-year history of the famed horse race to be disqualified, pending a second test and potential appeal from trainer Bob Baffert.

Trump, who has turned to posting statements on his own personal website since being banned from Facebook and Twitter in the final days of his presidency, saw horse racing’s latest ugly headline as new fuel for his grievances.

“So now even our Kentucky Derby winner, Medina Spirit, is a junky,” he wrote. “This is emblematic of what is happening to our Country. The whole world is laughing at us as we go to hell on our Borders, our fake Presidential Election, and everywhere else!”

Medina Spirit was the record seventh horse trained by Baffert to win the Kentucky Derby, but Baffert’s Hall of Fame career is now plagued by scandal, as five of his horses have failed drug tests in the past year. In response to the failed test, Derby host Churchill Downs has suspended Baffert indefinitely from entering any horses into races held at its track. Baffert denies wrongdoing and vows to be transparent with racing officials. 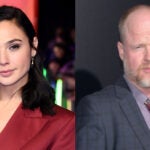 Trump’s statements come after a week in which Republicans, fueled by Trump’s false claims, have continued to push stricter voting regulations and have clamped down on party leaders that criticize the former president. In Florida, Gov. Ron DeSantis signed new legislation into law that puts tighter ID requirements on voting by mail, with a similar bill also being pushed by Republicans through the Texas state legislature.

Meanwhile, House Republicans are set to oust Wyoming Rep. Liz Cheney from a major position in party leadership after her repeated criticism of Trump and his claims about the election. “The 2020 presidential election was not stolen,” Cheney tweeted. “Anyone who claims it was is spreading THE BIG LIE, turning their back on the rule of law, and poisoning our democratic system.”