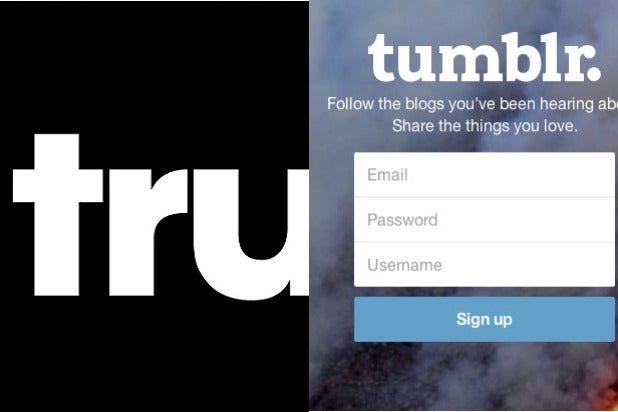 TruTV and Tumblr are partnering on a TV-meets-social deal that could net Tumblr users a possible show on the network, TheWrap has exclusively learned.

The ‘Big Deal Contest’ will give Tumblr users the chance to submit a Tumblr URL consisting of a video between two and three minutes long which pitches a show concept and format. The Tumblr blogs can be used as a platform to create everything from canvas to feature mood boards, ideal casting assignments, and more.

“We’re looking for unscripted series that have likeable and authentic people and unique points of view,” said Chris Linn, president, head of programming for truTV. “Shows that take us to new and unexpected places; shows that make us laugh, like Impractical Jokers and Friends of the People; or that simply amaze us, like The Carbonaro Effect and Fake Off,” Linn continued. “Most of all, we want shows that are fun and fresh. We really look forward to seeing those big ideas ready to sprout from the Tumblr community’s wealth of creativity.”

How will Tumblr users make the cut? Programming executives and other truTV team member will select two winning entries, one on-air series idea, and one digital series idea. These winners will score themsevles a development deal with the network.

All rules as details are available at truTVbigdeal.tumblr.com.

“Our creators are always making exceptional content, and this program allows them to reinvent and invigorate the entertainment pilot process for the digital age,” said Sima Sistani, head of media at Tumblr. “This collaboration provides the Tumblr community with an opportunity to showcase their talent and raise their profiles to offline audiences.”