The animated series “Tuca & Bertie” has been canceled a second time, showrunner Lisa Hanawalt revealed on Twitter on Wednesday.

The animated show, which starred the voices of Ali Wong and Tiffany Haddish as anthropomorphic birds, was originally canceled after one season on Netflix before being picked up by Cartoon Network’s Adult Swim for Season 2. The network ordered a third season, which completed its run in August, but that’s the end of the road for the series for now.

“I still have a beautiful and weird ending to T&B in mind, hopefully someday we’ll get the chance to finish this story,” Hanawalt said on Twitter.

“To all our fans – we love you and can’t thank you enough for your support over the years,” Hanawalt said. “Please never stop making weird fan art (and dressing up as the characters for Halloween!), it brings me endless joy.” 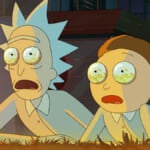 Also Read:
‘Rick and Morty’ Could Go on ‘Forever,’ Say Justin Roiland and Dan Harmon: ‘We’ll Be Doing a Season a Year Now’

The showrunner also had gratitude for her time at Adult Swim, the show’s second home.

“Working with Adult Swim was very creatively fulfilling, our execs were all smart and thoughtful, and I’m grateful that we got the space to make all these wild and heartfelt episodes about things that matter to me very much.”

“I’m so proud of the work done by all my talented coworkers and collaborators on this show. Please watch the end credits and take note of all of these names in the cast and crew. I’m also very glad we were able to be covered by both The Animation Guild and the Writers Guild of America. I hope any show creators who have the leverage to fight for unionizing their productions will continue to do so.”

Finally, Hanawalt said “Tuca & Bertie” is far from the end of the road for her telling stories.

“In the meantime, I’m not done creating. I’ve witnessed so many people connecting with this show on a profound level, and I intend to keep telling stories like this, no matter what.” 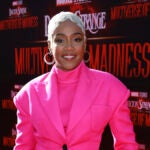 Also Read:
Tiffany Haddish Says She ‘Lost Everything’ After Molestation Lawsuit: ‘All My Gigs Are Gone’
x