On Wednesday’s episode of his Fox News show, Tucker Carlson discussed a conspiracy theory that has recently been embraced by extreme right wingers: That somehow, refugees from places like Afghanistan are part of scheme by Democrats to cheat in elections.

Now to be clear, Tucker was very careful to phrase his discussion of this as though he were merely asking questions. But the main gist was that people should be very concerned about where refugees from Afghanistan will be sent when they arrive here.

After setting up this line of discussion during his opening, Tucker showed a clip from CNN in which Chris Cuomo and Fareed Zakaria were discussing opposition to allowing refugees into the United States. “CNN wants you to know that you don’t have a right to know how many of these people are coming here from Afghanistan, and where they’re going. What neighborhoods are they gonna be living in?” he said after the clip ended. 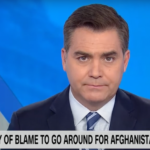 Tucker argued that “it’s your country, you pay for it, you were born here. It belongs to you. So you have a right to know what happens in your country.” Ok then.

Tucker looked at the list and said: “You may notice that these communities include an awful lot of swing districts in swing states all over the United States. It’s not just Virginia; Three of these communities are in Texas, a state the Democratic party has tried to flip for years now.”

Tucker also complained about the Pennsylvania cities on the list, “Does Pennsylvania need more people? Probably not, Lot of unemployment between Pittsburgh and Philadelphia.”

(The state’s unemployment rate is 6.9 percent, but it suffered like most states from the layoffs and closures of COVID, and that 6,9 percent is actually an improvement as the state recovers.)

“But,” Tucker continued, “Pennsylvania is also a state that Donald Trump won in 2016. Maybe they should go there.”

“Are you surprised by this,” Tucker said, before also complaining that Wisconsin will be accepting some refugees too.

Tucker then falsely implied the Biden administration and Democrats are somehow solely responsible for the decades of failures in Afghanistan, and claimed that they are doing “everything they can to avoid accountability” in the upcoming midterm and general elections. And well, you can see where this is going.

“They’re flooding swing districts with refugees that they know will become loyal Democratic voters. They’re opening the southern border to over 200,000 illegal immigrants per month.” 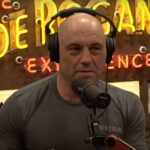 So, a few things worth unpacking. First, it’s actually not true that the Biden administration has been “opening” the border with Mexico and allowing “over 200,000” people in. What actually happened in that in July, over 200,000 migrants were arrested at the border and detained.

Second, the total number of Afghan refugees is far less than the “more than 100,000” Tucker asserted during his show. Currently the total number of people evacuated to the United States from Afghanistan, including American citizens, is just over 31,000. Another 40,000 are housed at military bases around the world.

Third, It’s not yet clear how many total refugees will be accepted into the United States, though probably worth noting that the US is tied with China as the third largest country on earth by land area.

Fourth, none of the non citizen refugees being admitted into the United States will be allowed to vote for years, if at all. With very rare exceptions, immigrants are required to have lived in the U.S. as a resident, meaning they have a green card, for 5 years before they can apply to become a citizen. After that, it can take 6 months to a year before they finish the process. Even if every refugee became citizens, they wouldn’t be able to vote until the 2028 election at the earliest.

And finally, fifth, 100,000 people split evenly between 19 states would be approximately 5,300 people per city.

Tucker went on to argue that other policies promoted by Democrats also amount to attempted election cheating. You can, if you feel so inclined, watch the whole clip above.