Chances are you’ve snapped along to the funky grooves of The Gap Band – or one of their many samples – at least once in your life. What you may not have realized, however, is that the band’s feel-good chart-toppers like “Outstanding” and “Burn Rubber on Me” were all in service of a far more solemn reminder.

Formed in the early 70s, The Gap Band was comprised of Tulsa natives Charlie, Ronnie and Robert Wilson. For their name, the brothers drew inspiration from three streets in the former “Black Wall Street” neighborhood: Greenwood, Archer and Pine.

Monday, May 31 marks the 100th anniversary of the Tulsa Race Massacre, a two-day nightmare in which a white mob burned the prosperous Black neighborhood to the ground, murdering whole families and forcing others to leave. It has been described as one of the most violent racial attacks in American history. 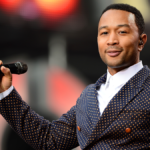 Prior to the events of 1921, Tulsa’s Greenwood district was known as “Black Wall Street”  due to its abundance of successful Black-owned businesses. Despite being located mere miles from some of the harshest Jim Crow laws in the country, the community was able to flourish as a self-contained hub of Oklahoma’s relatively few Black residents.

In April, Charlie Wilson spoke with ABC News about how the group chose the name so that it’d be a built-in reminder of the historic neighborhood.

“We knew we were going to go all over the world – at least I did,” Wilson laughed, saying that he said they knew “we’d have to talk about that, and where the name came from.”

While touring and promoting their albums throughout the 1980s, Wilson would share the story of Greenwood and the massacre that once destroyed it. 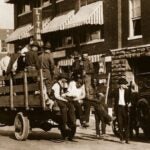 “People were just kinda lookin’ at us like, ‘Are you sure? I’ve never heard this story before,'” he recalled.

That was because, for many years, The Gap Band were some of the only voices in mainstream media talking about the Tulsa Massacre. Not only did neither of city’s white daily papers report on the story at the time but many historians believe that it was actively suppressed for decades.

It was only recently that shows like “Watchmen” and “Lovecraft County” were able to recreate scenes from the massacre and introduce it to the largely unaware public. 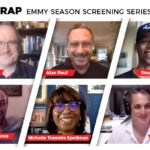 Wilson also used the interview as a chance to dispel one rumor about he and his brothers’ discography: that their hit record, “You Dropped A Bomb on Me” was another nod to the tragedy. He clarified that the song’s titular bomb is actually just a bomb of love.

Wilson doesn’t mind the misinterpretation though.

“It’s bringing attention back to the race riots,” he said, “I’m so happy about that.”

The Gap Band retired in 2010 but their music and message live on. After generations of silence, Wilson is in favor of taking any opportunity to shed light on what history has left in darkness.

“Better late than never,” the R&B legend concluded, “I mean, the story needs to be told…this is the 100th year this year…Tell the truth.”

Besides the “Remember and Rise” event that was originally scheduled for May 31 and has been canceled, the tragedy’s centennial brought about multiple documentaries, two of which you can stream this Memorial Day weekend. “Tulsa Burning: The 1921 Race Massacre” was executive produced by NBA star Russell Westbrook and will premiere on The History Channel on May 30. Then CNN’s “Dreamland: The Burning of Black Wall Street,” will debut on the network on May 31.