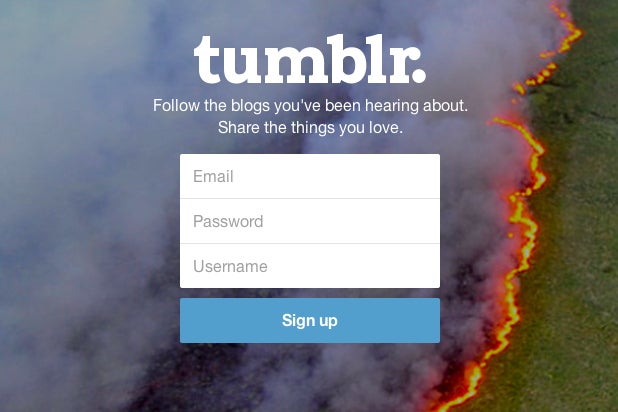 The conversation around TV is larger and lasts longer on Tumblr than Twitter, according to a new study by… Tumblr.

The study — in partnership with social intelligence platform Pulsar — analyzed the social mentions of ﬁve different TV shows over a total of 11 days (five days before and five days after an episode aired).

The results boast that 70 percent of show-related mentions across the two social media platforms occurred on Tumblr.

Like Twitter, TV-related conversations happen on Tumblr in real-time, but its engagement actually peaks (to the tune of a 31 percent increase) one hour after a show has aired, the study demonstrated.

The lifespan of chatter on Twitter chatter is typically shorter. Therefore, Tumblr believes that it has a window of advertising opportunity far longer than its competition.

Sima Sistani, Tumblr’s director of Media, is trying to get just that message into the heads of TV execs: “A lot of time is being spent on the other platforms out of a sense of reach and getting things to trend — we just want to open up the conversation and have those people start to think about Tumblr in the mix as well,” Sistani told TheWrap.

“Ultimately, the goal for networks is tune-in — I don’t know that (Twitter is) the best mechanism,” she added. “Facebook is about connections, Twitter is about communications, Tumblr is about expression.”

Tumblr sees 100 million posts daily, five percent of those are original, while the remainder are reblogs, Sistani told TheWrap.

Here are the five shows sampled by the study, purposely chosen by a third-party company to represent an established show (“Supernatural”), a new show (“Sleepy Hollow”), an international miniseries (“Sherlock”), a show in syndication (“Malcolm in the Middle”) and a special (“Pretty Little Liars”):

For those more visually inclined, here are some infographics from the study: