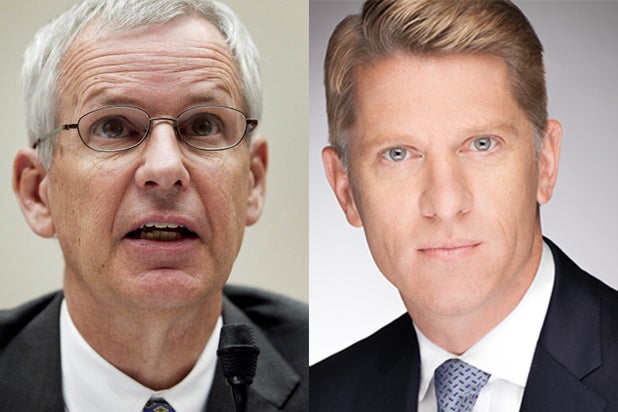 Time Warner’s Turner punched back in its dispute with Dish Network in the former company’s Wednesday conference call. A day earlier, the latter company started the fight on its own earnings call.

“We disagreed with virtually everything [Dish Chairman Charlie Ergen] said as it related to the importance of our product, as it related to his platform,” Turner Broadcasting CEO John Martin began on Wednesday.

“We were both disappointed in the very antagonistic and aggressive nature of his comments yesterday,” he continued. “And we’re disappointed particularly given the fact that Dish had previously agreed to our networks’ rates and our carriage proposals weeks ago.”

“While there are clearly more deal points to get done, they are not of the type of the nature that result in networks going dark,” Martin said. “So to us, it’s unclear exactly what the dispute with Dish is.”

“We were told by them we were taken down, because we wouldn’t move an expiration date later into the year,” he explained. “What’s kind of interesting about that is, it was an expiration date for networks that aren’t even up yet.”

“We honestly have no idea what Dish was talking about yesterday,” Martin concluded.

Here’s what Dish was talking about yesterday:

On his own earnings call — which reported less impressive results than Time Warner did a day later — Ergen had opined that the loss of Turner’s CNN is not nearly the blow that it would have been in the past.

On the dispute between his Dish and Martin’s Turner, Ergen said, “We’re disappointed that Turner did not extend their contracts.” He added, “When we take something down we’re prepared to take it down forever.”

Regarding CNN, Ergen said that “it’s hard to have a double-digit price increase” for a channel that consumers are watching half as much as in years before. “It’s Turner’s job to make their product better, not ours,” he added.

Also of interest from Monday’s call, on the looming Comcast-Time Warner Cable merger, Ergen added: “You just don’t want one company to have that kind of power over the internet,” Ergen said. “That’s certainly something that would keep us up at night.”

It is possible that if Turner and Dish cannot solve their dispute soon, Turner could potentially see losses in Q4, the company admitted Wednesday. They expect the deal will resolve itself and all will be fine next quarter.

Earlier on the call, the Time Warner execs gushed over the Turner hiring of Kevin Reilly.