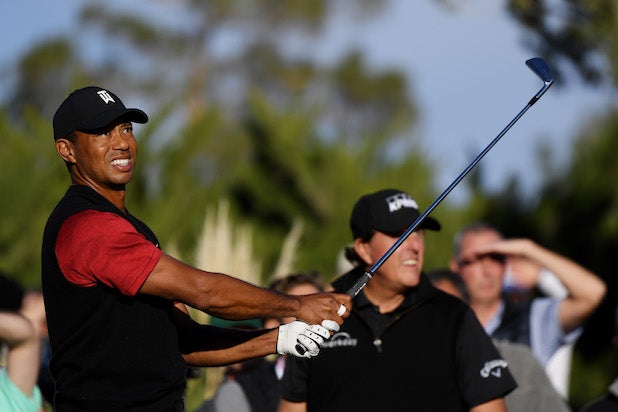 Turner will reimburse B/R Live users who paid for Friday night’s showdown between Tiger Woods and Phil Mickelson after the match was accidentally made available for free, the company said in a statement on Saturday.

“The Match was an historic event, from Tiger’s opening tee shot to Phil’s final putt,” a Turner spokesperson said. “Prior to the start of the event, we experienced a technical issue with the B/R Live paywall that we tried to quickly resolve. We decided to take down the paywall to ensure that fans who already purchased the event would not miss any action. This did not impact the live streaming of the competition and fans were treated to an event that was both engaging and memorable.”

The statement continued, “Unfortunately, the pre-match technical issue did occur, and we will offer fans who purchased the event on B/R Live a refund.”

It remains unclear how much the error will cost Turner, which owns B/R Live, Bleacher Report’s digital destination for the pay-per-view event. Prior to the paywall coming down, fans were asked to pay $19.99 for access to the event. It is also unclear how many additional viewers were able to watch the match for free.

The match, dubbed “Capital One’s The Match: Tiger vs. Phil” was distributed by WarnerMedia and produced by Turner Sports. The AT&T-owned company distributed the match through Turner’s B/R Live — the source of the mistake — DirecTV and AT&T U-verse, as well as on other cable, satellite and telco operators in the U.S. and Canada.

The game ended up being an exciting match-up, with Mickelson and Woods forced to play four extra sudden-death holes to find a winner.

Ultimately, Mickelson beat out Woods, claiming a $9 million purse and a championship belt crafted with 18-karat gold and two karats worth of diamonds.

Held at Shadow Creek golf course in Las Vegas, the match also saw Woods win a $200,000 side bet on the first hole, after Mickelson failed to nail a birdie shot. Mickelson rebounded to grab the edge in other challenges, starting with a $100,000 closest-to-the-pin challenge on the fifth hole.