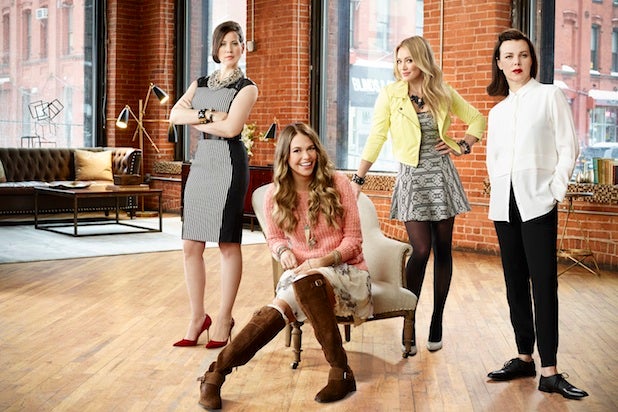 TV Land is moving forward with half-hour comedy, “Younger,” which comes from producer Darren Star (“Sex and the City”) and stars Hilary Duff.

Written, executive-produced and directed by Star, the cable channel has given the single-camera comedy a 12-episode order. It is set for a Fall 2014 debut and will become TV Land’s first show to shoot in New York City.

“Everyone at TV Land is so passionate about this show and working with Darren,” said TV Land’s president, Larry W. Jones, in a statement. “‘Younger’s’ serialized style is different for us, yet fits our brand with its humor and relatability. These are compelling characters that our audience will root for, love and love to hate.”

“There’s nothing better than making a single camera film comedy in New York – and I’m thrilled to be doing this one with TV Land,” said Star. “Larry Jones, Keith Cox and their entire team have been incredibly supportive. Looking forward to working with our awesome cast led by my Broadway crush Sutton Foster. “

Read the show description from TV Land below:

“Younger” follows 40-year old Liza (Foster), a suddenly single mother who tries to get back into the working world, only to find it’s nearly impossible to start at the bottom at her age. When a chance encounter with a young guy at a bar convinces her she looks younger than she is, Liza tries to pass herself off as 26 – with the help of a makeover, courtesy of her best friend Maggie (Mazar). Armed with new confidence, she lands a job as an assistant to the temperamental Diana (Shor) and teams up with her new co-worker and 20-something Kelsey (Duff) to make it in the career of her dreams. Now she just has to make sure no one finds out the secret only she and Maggie share.