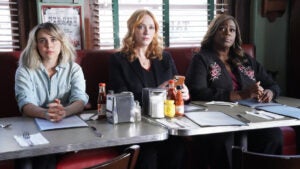 Nielsen was put on notice Wednesday when the Video Advertising Bureau — the industry group representing virtually all of the major TV networks — asked the Media Ratings Council (MRC) to suspend the TV ratings company’s accreditation. But what would that even mean, let alone change in the networks’ long-running conflict with the ratings data company?

To the networks that VAB CEO Sean Cunningham represents, a suspension of MRC accreditation would acknowledge the “flaws and caveats” in Nielsen’s data, he told TheWrap. Nielsen ratings have for decades been used as either the sole or primary currency in negotiating prices for advertising on television.

And for many years now, they’ve also been problematic.

Recently, an MRC audit found that Nielsen undercounted viewers during the coronavirus pandemic. Nielsen’s total usage of television by adults 18-49 — the demographic a majority of ad prices are based on — was understated by 2% to 6% during February, which was the timeframe the MRC used to conduct the audit. Additionally, the MRC believes that “persons using television” among that same age group was understated by 1% to 5%. 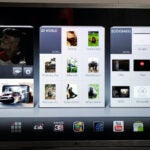 An accreditation suspension wouldn’t render Nielsen ratings worthless or automatically replace the longstanding industry leader with an alternative — it’s still hard to even identify a standout second fiddle — and news outlets like TheWrap would continue to report on Nielsen’s findings.

That lack of options is part of the problem. Cunningham wants to see “better competition” out there, he told TheWrap. Some alternative data sets used during the recent TV upfront period came from comScore, VideoAmp and iSpot.tv, but none has gained industry-wide traction to challenge Nielsen’s longtime supremacy.

For now, an accreditation suspension would instead add “greater context to the buyer/seller dialog,” Cunningham said. Media buyers could no longer automatically implement a single-digit percentage discount if everyone agreed Nielsen understated viewership by a few points.

Punishing Nielsen should also light a fire under the company to get things right. In its own study adjacent to the annual MRC audit, the VAB found that recent Nielsen numbers “significantly” undercounted viewership among certain demographics — like Blacks, Hispanics and younger adults — especially during the pandemic.

Cunningham believes believes a suspension — and the public flogging that it would bring — will “accelerate” Nielsen’s stated plans to reform its operations. “We expect a lot of transparency there. We expect a lot of disclosure,” Cunningham said. “And there really needs to be pretty rigorous verification.”

For its part, Nielsen blamed the pandemic-era “understatement” on the pandemic — and its inability to send field agents to participating homes during lockdown, a routine procedure that helps to ensure the ratings that the company puts out every day are accurate. “We are fully committed to returning to pre-COVID operations and are working closely with and through the MRC to address any outstanding issues and requests and are committed to their process concerning accreditation,” a Nielsen spokesperson told TheWrap on Wednesday, in response to the VAB’s request for suspension.

In addition to calls for greater accuracy, the VAB is also demanding “more innovation and measurement” Nielsen, which has been criticized over its speed to adapt to changes in the marketplace, like viewership on non-linear platforms. 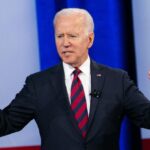 Fixing antiquated methodologies is more vital today than ever, Cunningham said. “COVID has hastened and exacerbated an ‘innovate or die’ reality in a lot of sectors of American business, but certainly in marketing, advertising, media measurement,” he said.

In a partnership like the one between networks and Nielsen, a lack of innovation on one end can create “real friction,” Cunningham said. “Any partners that aren’t innovating, aren’t innovating with speed and aren’t nimble partners are going to be at a disadvantage.”

The Media Ratings Council hasn’t made a decision on any punitive action against Nielsen. “MRC has been actively pursuing the Nielsen issues, both with our TV Committee as a whole, as well as directly with Nielsen’s management, and we plan to meet with our TV Committee again in the near future to assess where the situation with Nielsen’s National Service currently stands,” the organization said in a statement on Wednesday, which was provided to TheWrap.

“It’s important to note that MRC conducts an independent accreditation process, based on CPA audits and independent compliance assessments of our standards, and our current assessment of the Nielsen National Television Service remains in process. During this time, the service remains accredited. We will keep the marketplace informed of any subsequent actions as the situation warrants.” 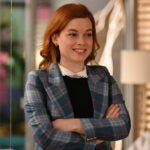