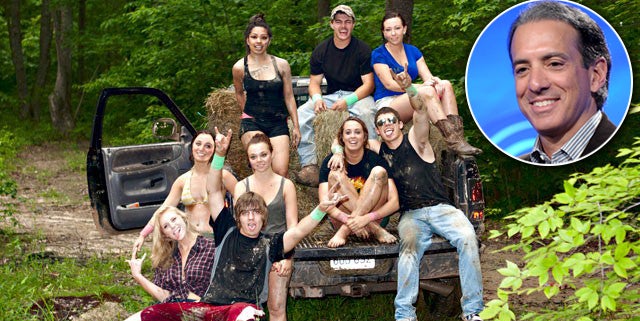 Van Toffler, president of the MTV Viacom Music and Logo Group, said in an exclusive interview with TheWrap on Wednesday that he did not hesitate to cancel “Buckwild” after the death of its 21-year-old star Shain Gandee, who was found dead in West Virginia last week of accidental carbon monoxide poisoning.

Van Toffler: Shain was such a sweet kid. He was the heart and soul of the show, in many ways. So we have to deal with that emotionally. So we do our own personal soul searching and then we also, as we always do, look at what’s going on in social media, we talk to our audience, and they felt the way we did in that –  how can the show go on with this spectre of a tragedy hanging over it? This guy was the rabble rouser and he was the one who instigated a lot of the fun and we shot three or four episodes already and we just felt like the show couldn’t go on without him.

SW: Are you going to air the other three episodes that you have done?

VT: No. We shot the special that was set to run on Sunday (filmed in March before Season 2 production began), where a bunch of hip hop personalities went to West Virginia and the kids from West Virginia went to New York-a fish out of water story -and we are going to air that. There is a special tribute at the front of it and Sway, our on-air personality will talk about Shain and his influence.

SW: Was that your decision? To not continue with the show?

VT: Well it’s a group decision but ultimately it falls on me.

VT: Emotionally it wasn’t a tough decision. In terms of our business, I think that MTV is in a really healthy place with its development and we’ll just figure it out. Season 2 would’ve been in September or October. We have a bunch of other shows behind it. I couldn’t see how the show could air based on the nature of the show, about kids being buckwild in West Virginia, in light of this event. It just wouldn’t make sense.

MTV has been blamed for the demise of youth culture, but we try to do what’s right for the audience.  You have a 21 year old-they’re such imperfect human beings with so many blemishes but it doesn’t mean that they’re not passionate. But some days they just screw up. Right? And other days they do the most wonderful things.

But is putting that on TV actually exploiting these kids immaturity and their lack of judgment?

We document and show all sides of what it’s like to be young. From “True Life” and “Jenks,” nurturing autistic kids and getting them to prom, to "Jersey Shore”-you can’t do one without the other. You’re not going to gain their trust by saying “go out to vote” or “get tested for STDs” or “help your neighbor “or “fight for gun control “-or whatever the issue is, unless you’re honest with them. We wouldn’t be in business. We can’t be all the redemption. Life is about sin and redemption.