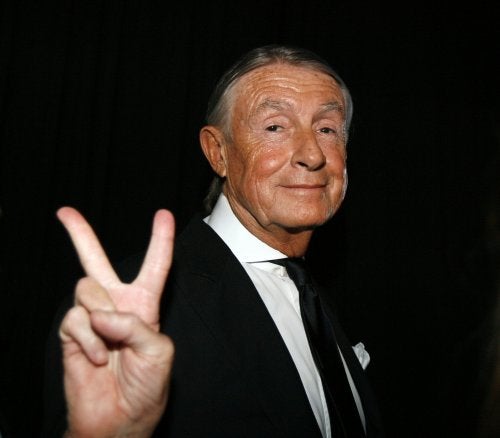 Joel Shumacher, the man who famously put nipples on the Dark Knight’s costume in "Batman Forever," isn’t known as a lion of the independent cinema. Still the director of "The Client" and "A Time to Kill" insists that he’s always had a penchant for mixing in low-budget personal projects like "Tigerland" with more mainstream fare.

"Twelve," the story of a high-school dropout ("Gossip Girl"s’ Chace Crawford) who peddles designer drugs to spoiled Upper East Side teens is very much a passion project. Based on a novel by Nick McDonell, penned when he was just 17, it also involves a brutal murder, a false arrest and a lot of strung-out kids.

The movie, which stars newcomers like Crawford and more established actors like Kiefer Sutherland and Curtis "50 Cent" Jackson, has been tapped to be the closing night film at this year’s festival.

Schumacher, a Park City newbie, talked with TheWrap about branching into independent cinema at an age when many of his contemporaries are thinking about retirement.

An exclusive clip from "Twelve":

How did you become interested in "Twelve"?
I was in the Taorimina Film Festival getting ready to premiere "Phone Booth," when my agent at CAA sent me the galleys to Nick’s book. I tried to get the rights, but someone had already bought them and they didn’t want me for the project. So it came out, was a huge sensation and bestseller and time passes.

Nobody, though was able to get it made until [producer] Charlie Corwin got his hands on it and offered me the job. Can’t say it came back to me, because I never had it to begin with, but I always wanted it. Through various incarnations it strayed very, very far from the book. We threw that all out and just pasted Nick’s novel back in.

Is this your first time at Sundance?
Yes, I’ve never been here before. I’m the oldest living student filmmaker. I’ve made some low-budget films before like "Tigerland" and "Phone Booth," but they were always backed by studios. I started off as a $200 a week costume designer and worked my way up into directing. So I really came through the studio system.

It’s really a thrill for me to be at Sundance at this point in my career. It feels like I’m expanding and not shrinking. I’m not just sitting around Hollywood trying to make a buck.

Has the independent filmmaking been a big adjustment?
There’s always been a misconception about my career, because I’ve been fortunate enough to have some really successful films. I think when "Car Wash" and "St. Elmo’s Fire" hit the zeitgeist there was this tendency to think of them as huge Hollywood films. That’s not true. I’m not a maverick independent director, but we made those movies on the outer edges of the system. The studios didn’t know what we were doing.

People see the [John] Grisham movies and the Batman movies and they think I only do blockbusters, but I made "Phone Booth" in 12 days with an unknown Irish actor — Colin Farrell — so I had pretty good preparation for doing a movie like "Twelve" when we only had 23 days to shoot the whole thing. 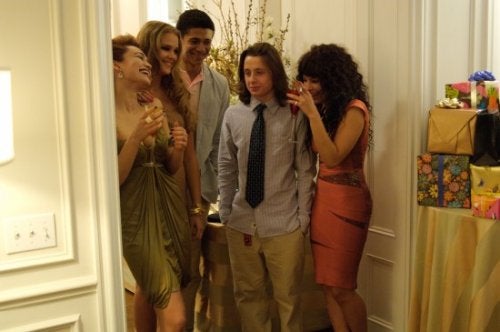 Like "The Lost Boys" and "St. Elmo’s Fire," this has a young cast. Does working with young actors keep you fresh?
I don’t know. I’ve felt middle-aged for most of my life. It works well dramatically. When you tell stories about young people, they have their whole life ahead of them to learn something.

I remember during "Phone Booth," an executive from Fox wanted to put a big name, middle-age actor in Colin’s part. I thought that at that age, he should know better. He shouldn’t be calling his mistress from a phone booth, so his wife won’t know he called from his cell. What a dick. This way, he’s making mistakes, but there’s hope. The same is true in "Twelve."

Did working with a cast of teenagers ensure that the movie about young people was honest?
Well Nick wrote the book when he was 17, so he knew what he was talking about. There’s always give and take and my job is certainly to learn from everyone, but I didn’t have to teach brilliantly talented beautiful teens how to be just that.

Can you tell us anything more about this clip you’re sharing?
That clip is the beginning of a very tragic descent for the young woman played by Emily Meade. I think she’s only done one film before, and I’d be surprised if she doesn’t knock your socks off. I’m just thrilled someone that age can come in and nail such a difficult part. 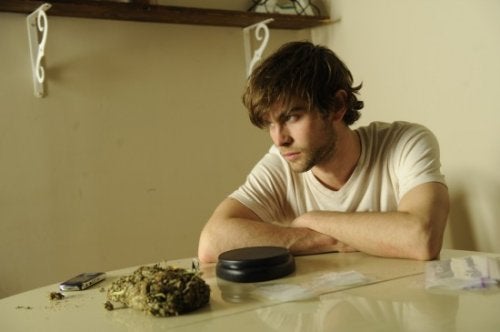 It’s a problem we have throughout western civilization. I think we see it in people like that Paris Hilton or Kim Kardashian or the kids on "Jersey Shore." These are kids who are taught by their parents, by celebrities, by the media to value the wrong things.

They’re kids who are basically acting like adult impersonators.

It sounds as though the movie is equally critical of over-privileged Upper East Side lifestyle, is that fair?
Well, this would be tragic whatever the socio-economic situation was. In this case, at least, their parents can afford all of this crap. If they’re poor they really would never be able to afford to get help or pay for the drugs they’re hooked on.

All this is reminescent of "Gossip Girl." Is that why you cast Chace Crawford?
I’d never seen "Gossip Girl" when I cast Chace. I met him for a lunch meeting in a hotel as a courtesy to his agent. I didn’t even know I’d get "Twelve" at that time. But Chace is an impressive guy. He’s got a sexy, sort of gravelly voice, which is good for an attractive young guy, because if he had a high voice it would be impossible to take him seriously as a leading man.

He’s from Texas and he’s got a good family. He’s just centered and honest. He talked to me about what he was being asked to do on the show and also what is aspriations were, so I was impressed.

He came into audition, and he was great, but he almost didn’t get it. The movie is originally set during Christmas break, but our funding didn’t come through in time, so we had to shoot it over spring and make it spring break instead. If we’d filmed it in January, he’d have been making "Gossip Girl." This way he was on hiatus when we started shooting.

Are there any other films in competition that you’ve seen or are planning to see?
I haven’t had a chance. I’ve been so busy doing media interviews and photos. It’s a shame because there are a lot of movies here I’m dying to see. I told the guys from "Howl" that I had a terrible feeling that I was going to have to wait and see it when it came to the Angelika. Of course, that’s good for them, because that way I’ll have to pay for my ticket.