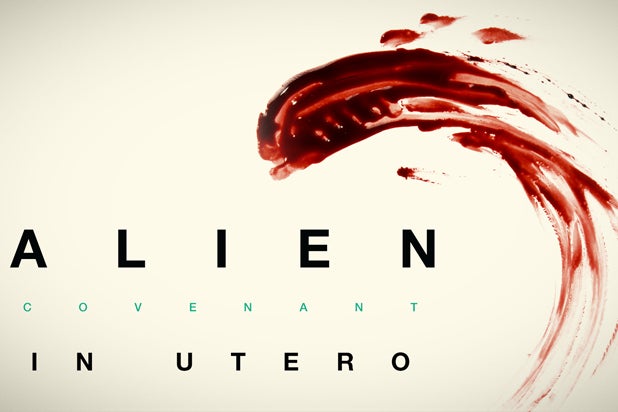 Twentieth Century Fox invited a handful of journalists for an inside look at “Alien: Covenant” on Tuesday morning to celebrate the second prequel in Fox’s “Alien” franchise, which hits theaters May 19.

And by that, we mean a real “inside look.”

TheWrap strapped on an Oculus Rift headset for a demo of “Alien: Covenant In Utero,” a virtual reality experience from Twentieth Century Fox that puts the viewer in the womb with a Neomorph, a white-headed creature new to “Alien: Covenant” that is born when alien spores are released from pods and enter the bloodstreams of humans. In full — and graphic — 360-degree video, we were able to fully explore the inside of the human body where the Neomorph was forming, before it burst out in its gory glory.

“We’re giving the audience an element of wish fulfillment,” director David Karlak said during a panel discussion following the demo. “Now we get to finally be that creature.”

“In Utero” debuts April 26 — a.k.a. Alien Day — on Facebook’s Oculus Rift system and Samsung Gear VR, and will expand to other VR platforms including Google Daydream View, HTC Vive and PlayStation VR on May 10. It was developed by Twentieth Century Fox’s FoxNext VR Studio along with RSA VR, MPC VR, a Technicolor company, Mach 1 and technology partners AMD Radeon and Dell.

The experience was produced by Ridley Scott, who directed the first “Alien” movie and both prequels, “Prometheus” and “Alien: Covenant” — and who Karlak said was actively involved in creating the experience, offering advice on details like what the Neomorph’s breathing should sound like.

“With the ‘In Utero’ experience, audience participation is taken to a whole new level,” Scott said in a statement. “You get to be a Neomorph, exploring what’s happening around you and within you.”

During the panel, Karlak also spoke about the challenges of creating an appropriately scary experience, while maintaining the aesthetic quality the “Alien” franchise is known for.

“If you were to make it too frantic and too crazy, you wouldn’t experience the beauty of the moment,” he said. “I wanted to make it beautiful.”